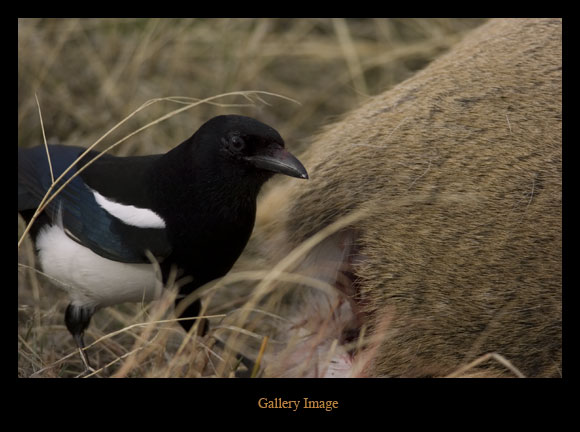 What a day. Spent the whole day in Yellowstone with the family. Driving down from livingstin into the northern entrance of the park. Along the way we found a dead deer. Probably a new kill form the night before. Well there were 2 golden eagles and magpies around it. The eagles left, their crops were quite full, but the magpies stuck around. So we were able to shoot them for a little while. Once we left them and found the sheep just inside the entrance of the northern park side. They were fun. Spent all day going up and down the slopes. Lots of potential for future shoots. The wildlife was nice but the weather wasn’t. We had one very nasty wind come up a lot. But then it is winter so can’t complain that much. It was fun.