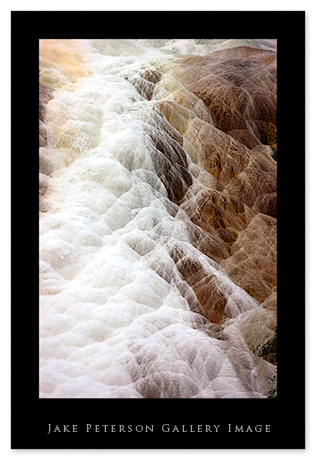 Well I was at the beginning of Base Camp and I was there for the end. I wasn’t able to go throughout the week due to class’s but I was able to attend the last shoot on Friday. It was an amazing day and I can’t even imagine what the rest of the week was like. We began the day by driving up to Mammoth Hot Springs from the west entrance. This was the hot springs in the morning, surrounded by cow elk and even the infamous number six. 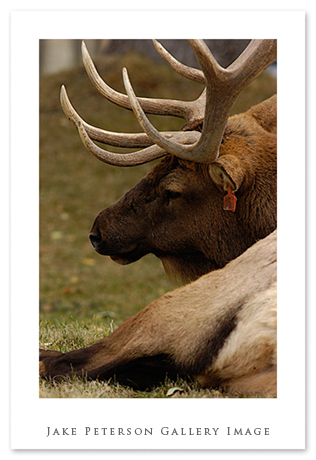 This is the infamous number six. He is a six pointer bull elk that tends to own the town at Mammoth. He is well known for destroying cars and injuring two people. A couple of years ago the park service cut off his antlers in a hope that he would leave; he didn’t. Instead of being driven off by some of the other bulls, he merely walked around a house until the bulls were gone and then went about owning the place. Despite his rather aggressive demeanor, he is a large bull and a big part of the breeding pool at the town. 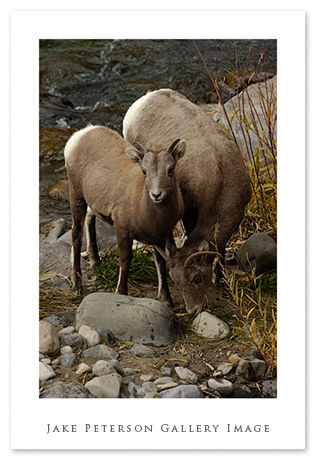 After the excitement at Mammoth, we continued the drive down into the Lamar Valley. We met up with some of the wolf watchers that were watching a Grizzly Bear on carcass a mile or so out. They said it was a wolf kill that the bear took, which is quite common. We never saw any wolves that day nor did the bear ever get closer, but the scenery of the valley was magnificent. On the way back we went north of Mammoth towards Gardiner in hopes of seeing the Bighorn Sheep that normally can be seen in the fall on the cliffs that stretch along the road. We did in fact see them. Females and kids, no rams ever came down. 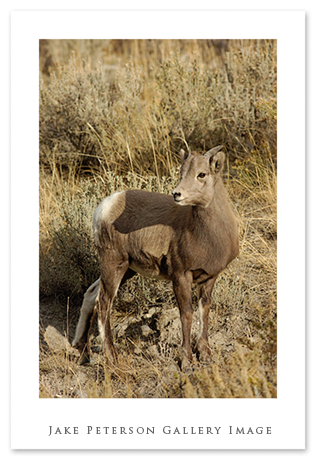 The whole day was a blast. It was nice to meet so many avid photographers enjoying the wonder that is Yellowstone. It seemed at the end that everyone had a wonderful time even though they never got that all so sought after wolf or Griz shot. It was also amazing to meet people that knew of my photography, and who wanted me to come back after only meeting that past Sunday. I can only thank them for visiting my sight and saying such nice things.