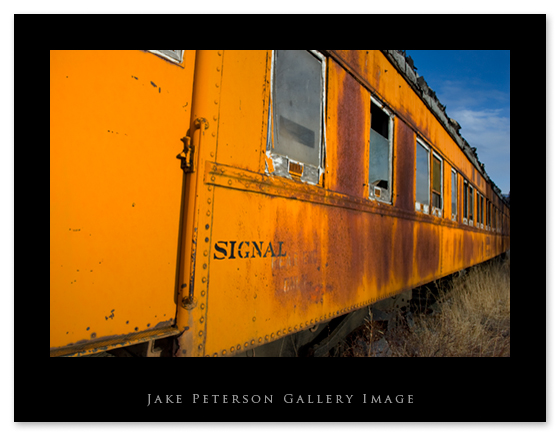 When i was out on Tuesday driving around having fun shooting, i came upon a couple of train cars that were tucked away in a place i had never seen before. The light was starting to go down but there was still time. This particular train car just looked awesome with the light coming down on that orange siding. 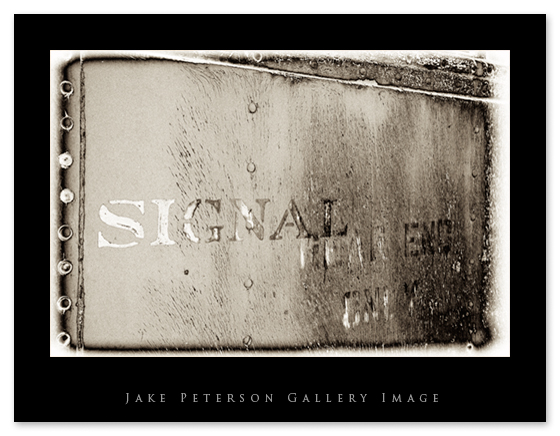 That same train car had this writing on the back that was just so appealing with the crackling paint around it. The texture is just so cool. I was hesitant to turn it black and white because i thought i might lose that texture but with antique solarization from Silver Efex Pro it just looked too cool to pass up.