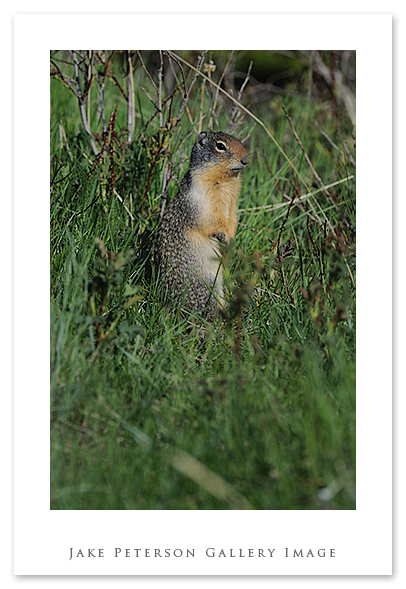 Yesterday was the first day we actually got to photograph wildlife since we’ve been here at Glacier. It’s not because we haven’t seen any here, cuz we have. So far we’ve seen everything from White-tailed Deer to Grizzly Bears. With wildlife photography we have the pleasure of being skunked, a lot! It’s all good though, the beautiful landscapes are making up for anything being missed. But boy did it feel good to finally be able to shoot a critter. These little guys are the Columbian Ground Squirrels that are found up north as you head till Canada. I love working wiith squirrels and prairie dogs. They always do something just hilarious or cute that ya just mkaes you smile. After the afternoon session we starting having some fun. This one mound had three individuals on it that i was watching during the afternoon session which instantly drew me to it. It seemed to be a great mound cuz everyone else in the group starting coming over, which is meant some instruction. 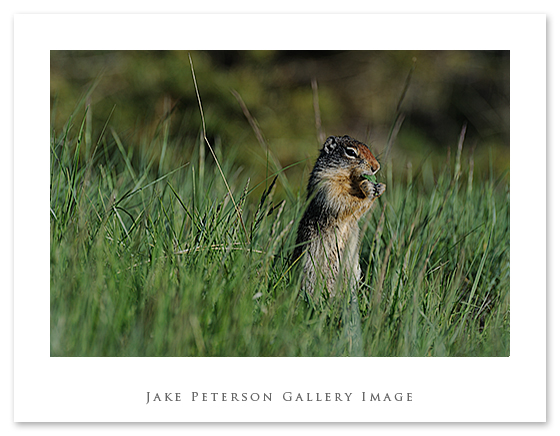 Working with shy subjects, like the squirrels, with four people around isn’t easy. It takes time for the critters to get used to you before they will start behaving like normal. Patience is a big part of this game especially with littel guys like these. At first they only would stay up at the mound covered with ugly grasses and working through them was a challenge. So many shots annoyed me because there was alywas one grass that was just in the wrong place. But, the clouds lifted and one little guy was such a character that he would graze far to the right where the grasses were great. I say character because he would eat only the leaves on the ground and would eat for about five minutes, then run across to the tress behind the grasses where he would wait and watch us for a while. After a while he would come back and do the same thing again. He made that 20 minutes of shooting in the grass, 2 hours of waiting on the mound, totally worth it.