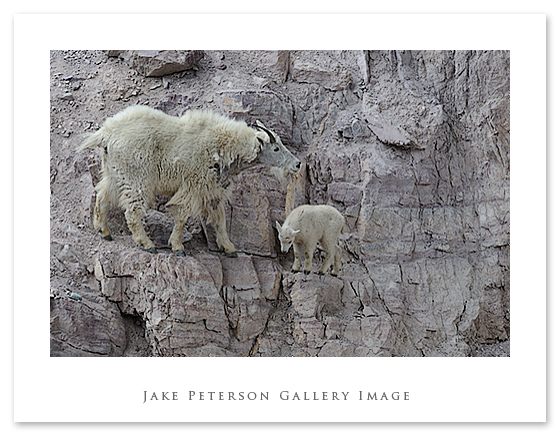 Base Camp ended like every other one it seems, without a photographic bang. At least this is what we thought before we started down the road. Before leaving Glacier we ran into a group of Mountain Goats. We didn’t count them because in our excitement  and eagerness, it never really occurred to us until after we left them. The group was a bunch of nanny’s and kids. The one that we seemed to photograph the most was a nanny with one kid and a broken horn. She appeared to be the alpha female. They moved from the higher down to the shade, and then surprising enough the river. 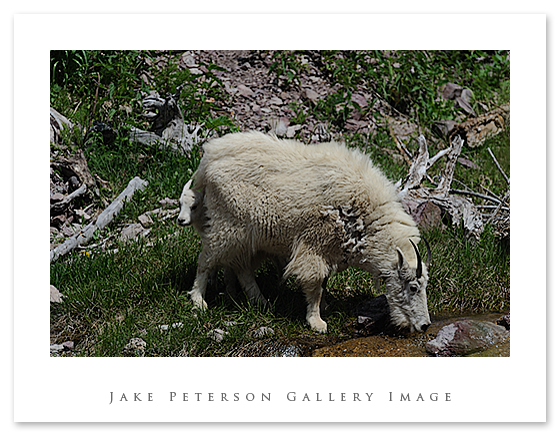 This was the first time that i not only got to photograph the goats but also the first time that i ever saw them drink. These guys, or gals, are designed to not have to drink. They can survive in the cliffs without having to come down, unlike the sheep that have to come down once a day. Unfortunately they picked the worst possible time to come down, when the sun was directly over head and no cloud cover. That’s wildlife for ya. 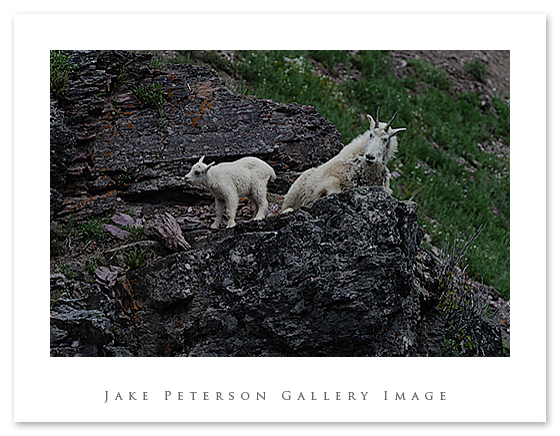 After the drink the nanny and kid went back up to a cliff halfway between the shade and the river, where the nanny layed down and the kid bopped around for a while. One of my main goals for this past week was to be able to shoot the Billy Goats, and although the rest of the group was unable to, which sucks, Dad and me did get this lucky break. These couple hours definetely make me want to work with these interesting critters even more.