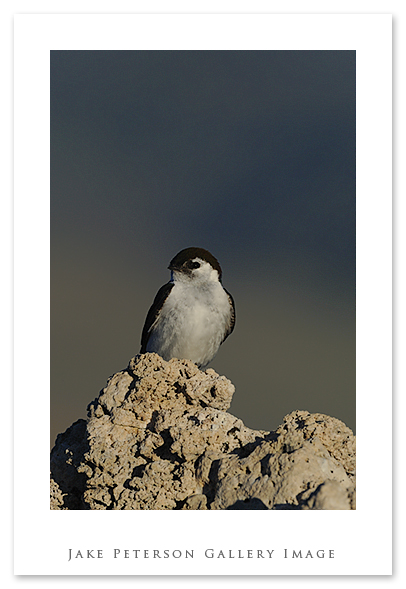 The opportunities here in the Sierra’s still amaze me. This morning Dad and I went to Mono Lake again trying to find some of the rare birds that still allude us, like the Sage Thrasher. The one bird that we can always play with are the Violet-green Swallow’s. I never get tired of photographing them, always something new. They are also kinda cute and funny. The Sage Thrasher and two Say’s Phoebe’s came out to play but not for long. 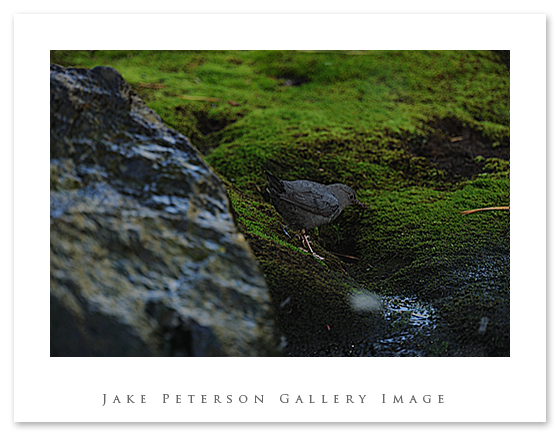 We left the shores of the briney lake and went on to another favorite local that we have to work. One of coolest birds, in this photographers opinion, is the American Dipper. This little bird is only about the size of our hand and yet it si strong enough to battle the currents of fast moving streams and rivers in order to survive. They have a membrane that covers there eyes which allow for seeing underwater. The Dipper tends to build their nests around a cliff face or mossy patch by the river. As u can see below they make small cavities in the mud and moss. 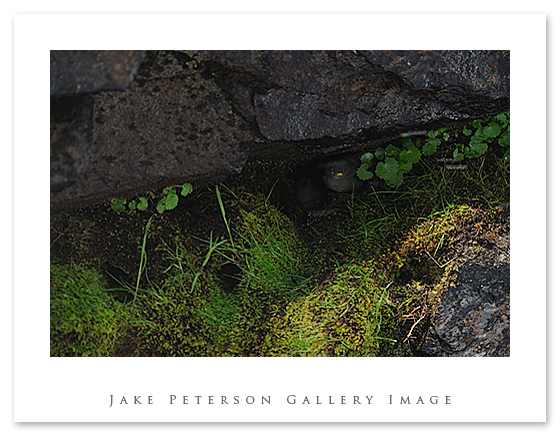 This is a juvenile that is still in its cavity. Noticeably they have yellow bills and much smaller feathers at this stage. This one kid kept getting more and more adventurous and would get further and further outside of its hole. At one point we were both worried he would fall off the rock. Thankfully he didnt. The one annoyance with this bird is that they always seem to make their nests in the darkest of places. So in order to get any reasonable amount of light or a decent shutter we had to use flash. O boy! Flash and wildlife photography always is annoying, but useful, especially when you’re trying to light the other side of a fast moving river. 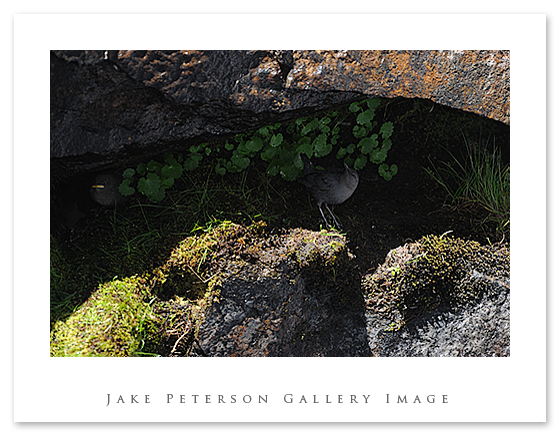 The white specs in some of these shots are actually water splashing off of the rocks, a unavoidable obstacle. In order to bring in enough light for a a range of about fifteen feet we had to use a better beemer. This allowed for light to be spread a further distance. The better beemer helped to cover the distance needed but in order to get enough light, i had to dial in +2/3 on the flasd and -1.5 in the camera. Also since i was using the D3 i was able to crank the ISO up to 400 giving me a faster shutter speed without any noise issues. As the morning went on, the light got higher and brighter on the rock face causing for more adjusements to be made. This became even harder as they would move to the rocks to our right, which was much closer and no river to cross. This was the first time i photographed Dippers but not the last. This was definitely a good leson for me in flash technique.