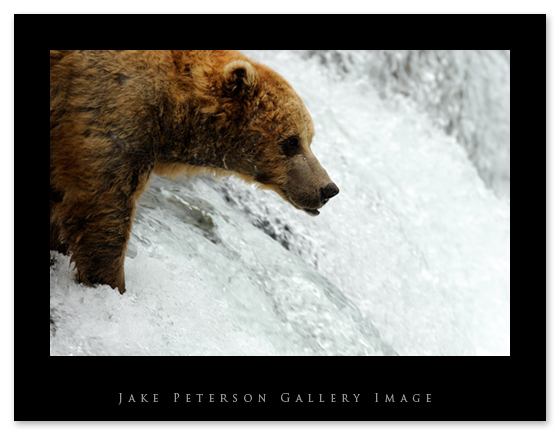 The gulls were only a diversion when the bears were not active. A fun diversion indeed. After about an hour at the falls, which was the allotted time on the platform before we had to walk back to the lower platform so that others could enjoy the bears, we walked down the sky walk and waited for our return trip time. It only took about five minutes to get back onto the upper platform. The worst part was that we lost our spots and had to get new ones again. It can be challenging working our way through 40 people with tripods and lenses on our backs. Well the falls had a couple new bears attending the buffet. This bear (above and below) is called Red Butt by the rangers. He is one of the oldest bears at the falls, well into his teens if not older. 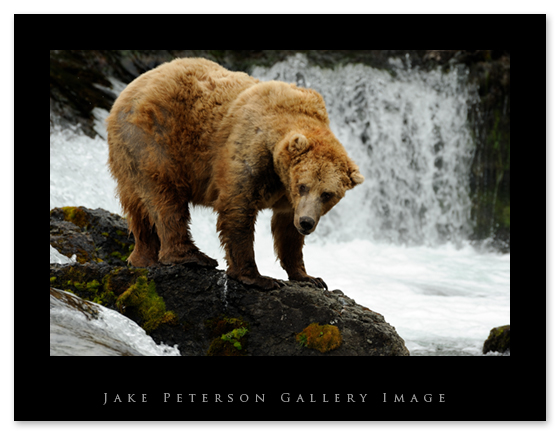 This bear has seen a lot, his scars tell one interesting story. He has them all over his body and even one ear is shorter than the other. He is rather slow moving, going along the falls watching the other younger bears and the fish as they move through. The run is much slower and the salmon are not jumping up the falls, but they are still there in the river. If you have noticed Dad’s blog then you can probably tell that we were setup right next to each other. Great minds must think alike cuz i did not see what he put up before i did this post. Either that or we’re both just nuts that fell off the same tree, nuts fall off trees right? 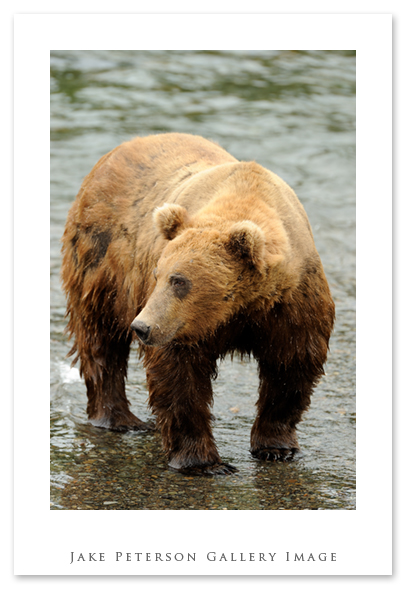 Red Butt wasn’t the only bear at the falls that was interesting. This guy was also there. He did not have a name, at least one that we were told. Each of the bears does have a number but we were not told them. It’s a identifiable code that the rangers and biologists give the bears for future recognition. He was an aggressive and larger bear in his teens. He did not do anything really exciting besides walking around and trying to take fishing holes from other bears. He did pose for some decent vertical shots. One very fun afternoon down and so is half of the trip.