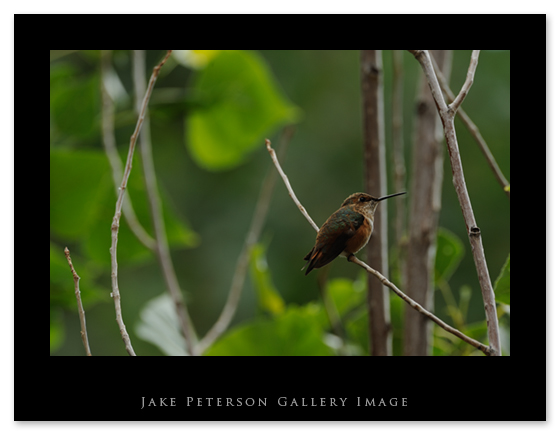 Unfortunately the summer’s many adventures have come to a climax for us. We have no more trips planned and so we get to enjoy a little bit of rest at the house before the busy months of the fall begin. For the rest of the summer, Dad and me will be working with some of the local species. There are still many species here that we don’t have great shots of, like the Sage Thrasher, mostly because time hasn’t allowed us to. I’m going to be spending time working from right outside my window. With a simple bird bath, stump to put seed in and a hummingbird feeder, multiple species have already started to show up, such as the Hummers. I always like photographing Hummingbirds, they are so cool in so many ways, but man do they piss me off. I could coat the entire poplar tree outside with glue and they still wouldn’t hold still. 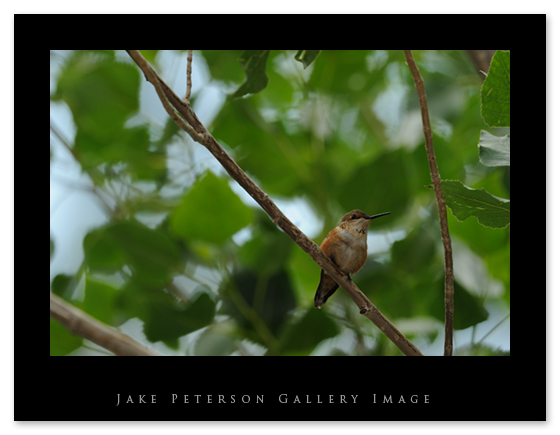 The little guys form quite a challenge and what’s more im trying to photograph them while using flash. Flash is still alien to me and these guys don’t give me much time to experiment. Both of these shots were with -1 dialed in the flash and -0.5 in the body. I’m going to keep playing with them along with the squirrels and chipmunks that are the base of the tree, which are at entirely different exposure range. Hopefully by the end of summer i’ll have some idea of what I’m doing.