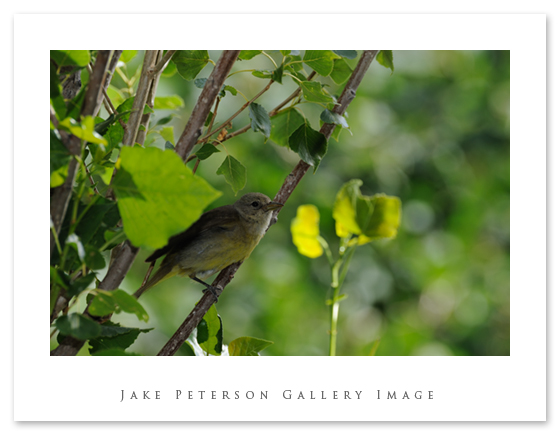 One of my favorite birds that we have here in the yard is the Western Tanager. These guys have been coming around for years but we have never gotten a good shot of them. You can even see how close i got last year. They just don’t hold still. The males are a radiant yellow with a red head and the females are normally a greenish yellow. We have at least four individual males here at the house and none of them come into shooting range. They always go for the birdbath surrounded by Aspen trees. 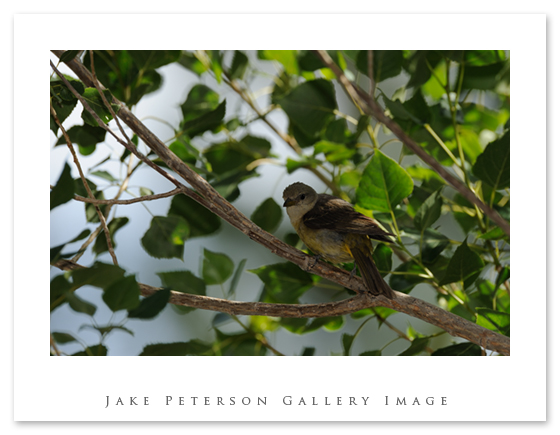 In response to their lack of cooperation, i have tried using oranges, which they really like, and a blue birdbath in an attempt to simulate an actual pond or body of water. Neither have worked. The males just won’t get close. This female is the first time that any Tanager has gotten close. She is sitting in the poplar outside my window where the birdbath is. I’m assuming that was where she was heading but unfortunately my flash seemed to startle her away. O well, keep trying i must.