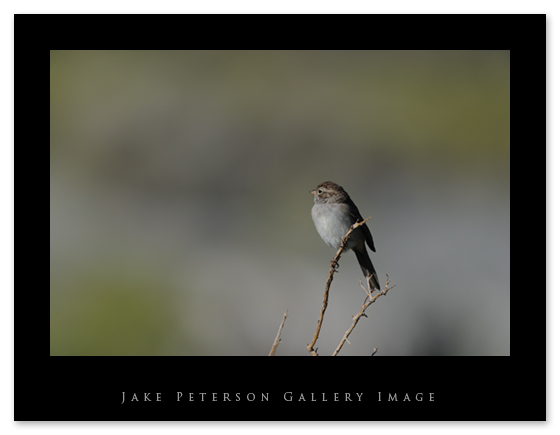 Dad and i went down to Mono Lake again in search for some of the rare birds that have been spotted migrating through. It seems to be one of our normal practices to go down to that beach after a stop for coffee. Well the beach was a little more active then seen in the past few weeks but still wasn’t great. The gulls weren’t even cooperating with us, let alone the White faced Ibis. Since the pickings were slim, we decided to move opposite directions to see what we could find. A Northern Harrier flew by but didn’t stick, neither did the sandpipers. 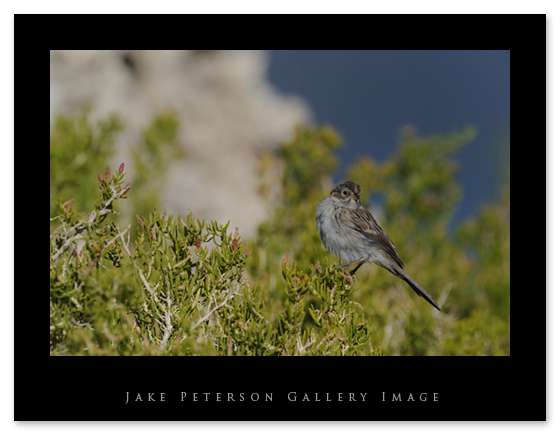 I headed down the beach to where Dad was and discovered that he had found a spot where the sparrows and the thrashers seemed to really like. These little guys are the Brewer’s Sparrow that live in the sage. A good amount of them were flying around, so i planted myself in the group and waited for them to come by. Dad eventually moved up to where i was and we spent the morning photographing the little guys.