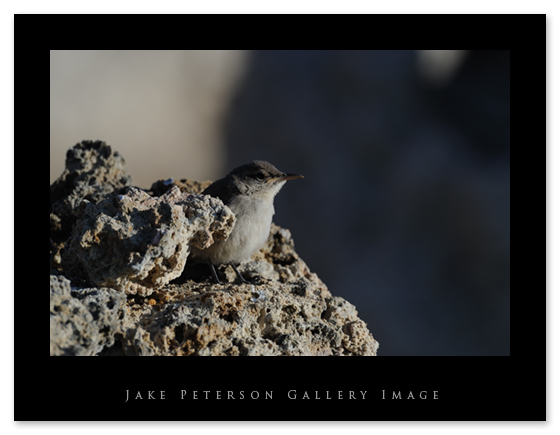 I’m sure you’re tired of hearing about the birds at Mono Lake but that’s all i have to talk about right now. Dad had another private tutoring session which means another drive down to the lake. It’s the one spot that can produce results almost consistently with different subjects. A rather interesting surprise was upon the shores when we got there. The Sage Thrashers and the House Wrens spring kids had fledged. Instead of the usual 1 or 2 thrashers, i saw at least half a dozen individuals. Each way i turned i saw another. Funny enough, for all the individuals around only one stuck long enough to get a good shot of. But, since i blogged those guys the other day i thought i would share another fellow. 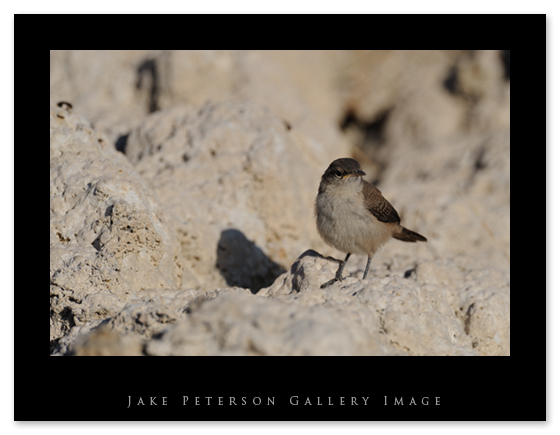 On one of the tuffas were five House Wrens. 2 parents and 3 fledgelyings. These two images are both of the kids. The adults weren’t great looking because they, like all birds, are starting to molt. The kids on the other hand are adorable because they haven’t molted. Well the kids bounced the rocks for a while, getting fed from the parents and chasing the Brine Flys. It was amusing to watch the little guys. I had never gotten this close to wrens without them flushing so that alone made it a good day.