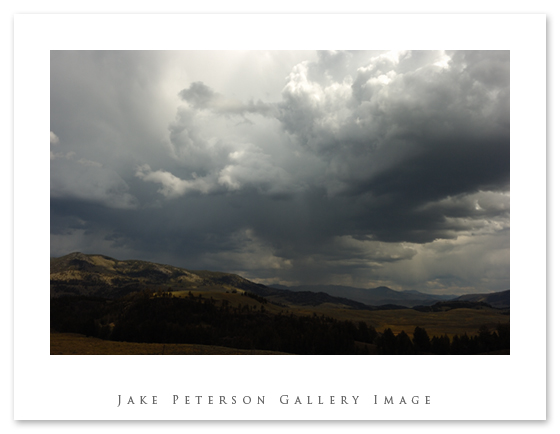 Labor Day weekend and what smart idea do i have but to go into Yellowstone to try and find some critters. Yea not one of my best ideas, needless to say there was a lot of people that day traveling through the park. As far as critters went, i saw almost none. There was one very small herd of Bison in the valley and a few Pronghorn hanging around in the valley as well. Otherwise it was quiet, minus the people. This wasn’t entirely a bad thing because there was a thunder storm moving through that day and i thought i would chase it. 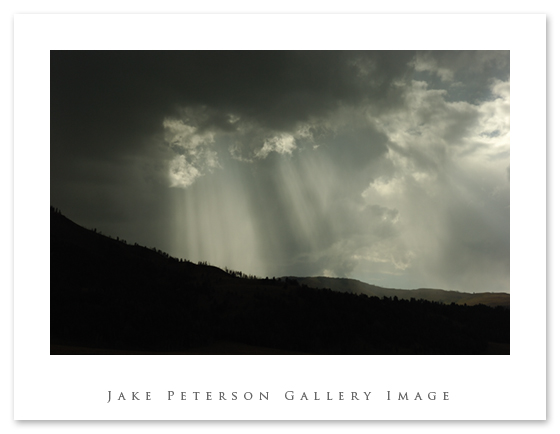 I hadn’t used my lightning trigger before so i busted it out and started searching for the lightning…. Yea easier said than done. I didn’t get any shots with the lightning, which sucked cuz i was seeing a lot. I think the critters gave the weather the heads up that i was coming through because every time i stopped and set up in a spot, the lightning stopped. That’s my luck. Well at least the clouds cooperated. Like this one section where the god beams started coming through in Lamar Valley. Now i have been done that valley a lot and i had never seen that strong of beams before. They didn’t last long but then they never do. 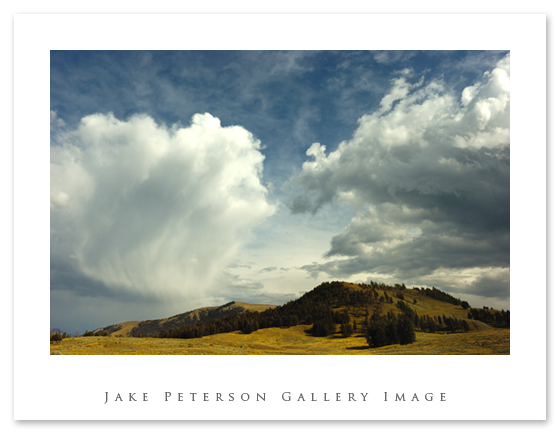 I was heading out of the park, just before Blacktail Ponds i looked back to see this. This massive wave like wall cloud opposing this ominous cloud. It was kinda unique the two coming togethor. Almost like the light and dark side fighting each other, everything mirrors that intensity. To be honest i didn’t really know how to finish, guess i’ll ponder that for a while. It wasn’t the images i was expecting to get but it was a rather fun day. Maybe i’ll find some critters this weekend.