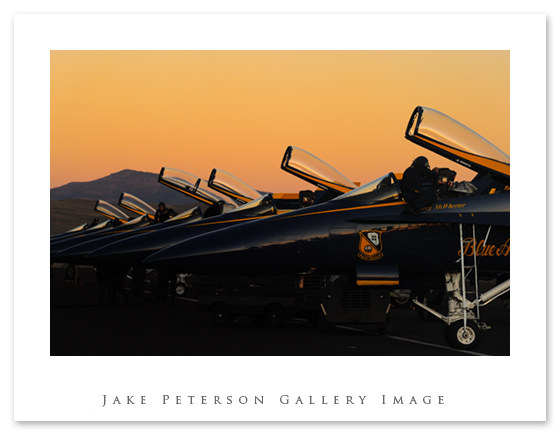 This past June i had the privilege of going to the Pylon Racing Seminar which are some of the practice runs for aircraft that plan to be in the Reno Air Races in September. Well here it is September and I’m back at the air races. I gotta tell you i haven’t had this much fun in some time. The people are great and the aircraft are just awesome. Take for instance the Blue Angels, they will be here for the weekend and I’m glad to say that i will have more time to shoot them; but these shots were taken Wednesday morning while they were doing engine checks. 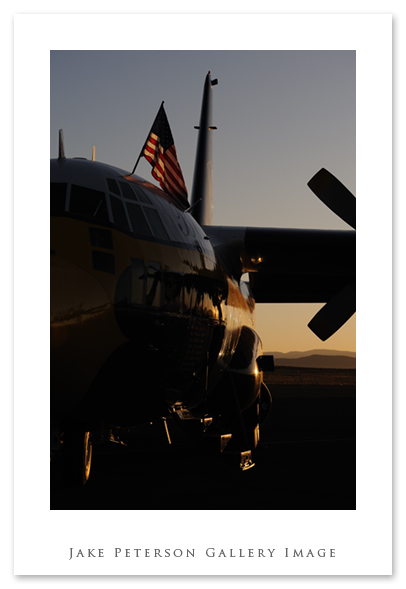 The angles, the lines and the shapes just make those beautiful planes. They are F/A-18 Hornet and are magnificent. The group includes this big guy above called Fat Albert. Fat Albert does some aerial maneuvers with the F18’s but a more limited basis. It was at the end of the runway past the F18’s and the guy inside had just put out the American Flag. I thought this would be the best way to start the races, great light on a gorgeous subject. Right now I’m dead tired and my eyes are blurry, most have been a good day. I will be blogging a lot more during the rest of the week and through the weekend, so don’t worry more will come along with better stories.