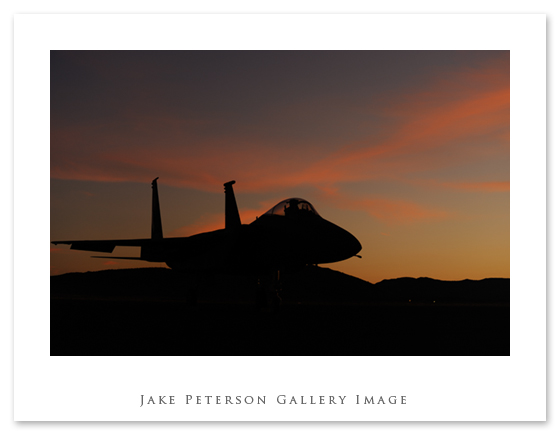 It’s day two of the Air Races here in Reno and they are shaping up to be very exciting. 4 F14’s came in the night before and were resting on the ramp in the morning. Along with them were the Blue Angels but since i had already showed them i thought i would go to these guys. Plus there is no telling how long these guys will be around. The light was great, there were a couple clouds and the right amount of light to make them pop. I got down low and shot up into the sky trying to eliminate that pesky ground. It seems to be the favorite approach out here with static planes. You can go to Dad’s, Scott’s or Bill’s blog to see more spectacular static plane shots. 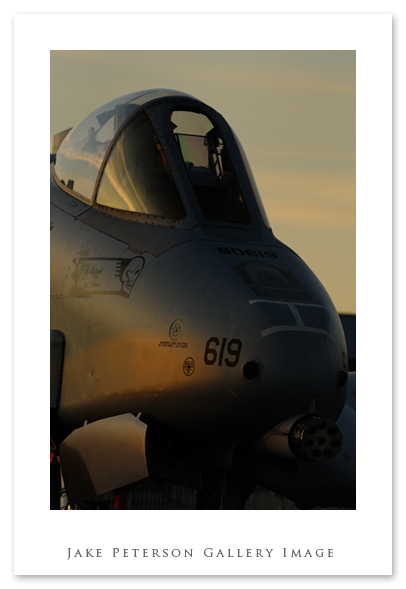 I was working with the F14 when Bill walked past me rather quickly. I asked him why and he said there is a A10 down the way. I said what and he replyed an A10 Worthog, one of my favorite planes. I followed him down the ramp and there it was parked in a little fenced off area, waiting to be photographed. Well the background sucks, just filled with cars and buildings and junk, far more stuff than i wanted to deal with in post. I therefore stuck to close up shots and it appears that the rest f the guys did the same. It turned out to be a rather cooperative subject, just wish it was out on the ramp.