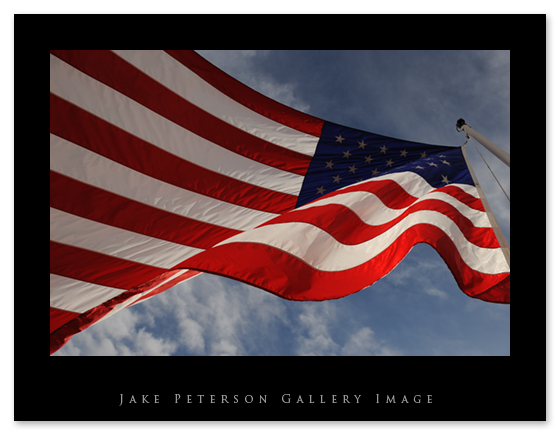 The races are over for me, words i really don’t like saying. They ended on Sunday but i  had so much fun that i thought i would continue to share my excitement by blogging more planes this week. I’m going to take a little break from the Blue Angel shots that i said i was going to post and blog about Saturday’s fun. Don’t worry more shots of those awesome blue jets will surface later. I had the rare opportunity Saturday to go to an area that not many people get to go to, on top of the home pylon, where the vantage is seeing the planes as they come right at you.  We are actually looking down at the planes as they are coming at us. Now i say we because Scott Diussa and Mark Johnston were the guys that got me out there, along of course with all those at Nikon making it possible for us to be there. I’ll take this moment to thank all those involved with the races making it possible for the rest of us to come be apart of them, including my folks, they are by far one of the coolest events that I’ve had the privilege of going too. Now i wasn’t trying to be patriotic but one of the first images that popped out was the flag. It was windy and blowing just beautifully. 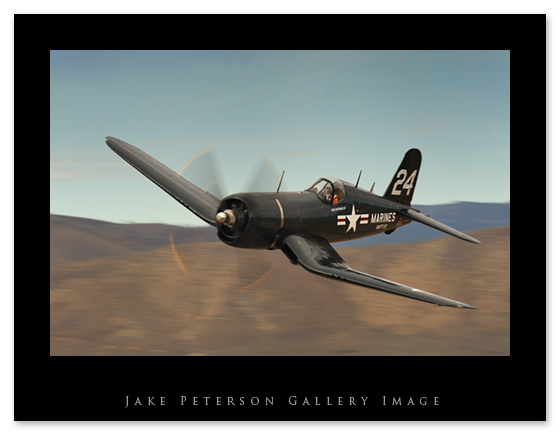 Going out to the races i had one thought in my mind, to get one shot that i can consider to being a wow shot. The home pylon gave me that shot. Now i love the P40’s and i wish i had gotten a great shot of them like Scott did, but i’m not complaining cuz i got the F4U-4 Corsair shot. It was coming around the pylon just barely entered the shoot coming at us. This was the only click i got of it during that lap that was in focus but it makes up for the rest. I showed it to Scott after the lap ended, who loves Corsair’s and he was instantly in love with it. I don’t blame him they are a very cool romantic aircraft. Of course when i went back to the media center and was looking at it, i couldn’t decide whether or not a certain cloud was distracting, so i was kinda running around like a chicken with my head cut off trying to decide and the guys were being very nice and putting up with my nonsense. I finally decided to take it out, just was too much of a linear white line that i didn’t like being drawn too. Phew glad that was over with, on to other things. 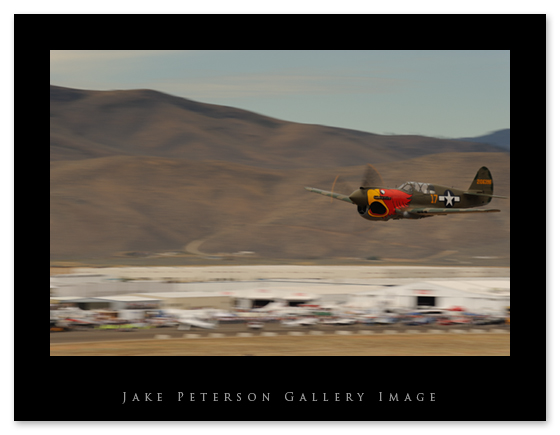 The unlimited which are the planes we are currently seeing, are broken into 3 classes, bronze, silver and gold. Well each class is really cool but these are my favorite. On top of the pylon we are looking straight onto the course. Well i knew that the planes go by fast when at the other pylons but fast is totally different once on top of the pylon. This P40 is about to go past the pylon and you can see how much the stands and spectators blur when it does. Needless to say it’s even harder getting a sharp shot that close. It’s like here it comes….there it went. 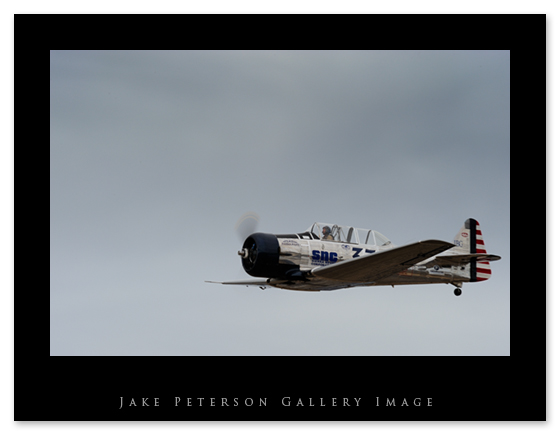 We were up there for 3 races: sport, unlimited and T6. I like the T6’s, they have a great look to them and are relatively similar in speed so that they stack up a lot of the time. If memory serves it was around 10:30 when the T6’s went up and was also the point of this nice heavy cloud bank. One giant greyish mass that actually made very nice flat light but killed the sky. Except for that one spot you can see in the Corsair. 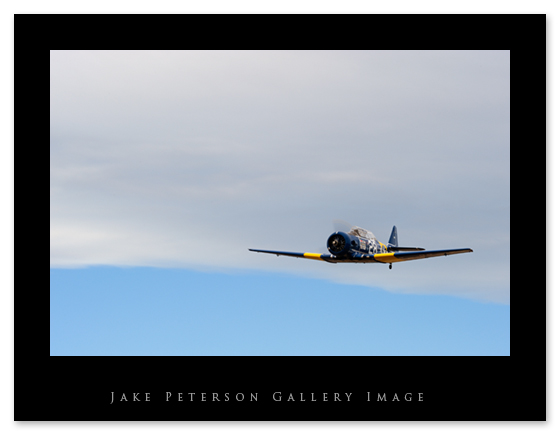 The T6’s as i said have a great shape to them, they fill horizontal frames just beautifully. I particularly liked this blue one. It stood out to me. 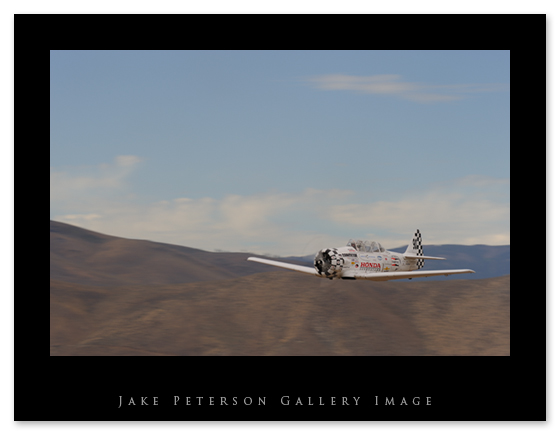 This one i also liked. Even though it is just white and has no real color to it, the decals and sponsor marks, give it a great look that i just love. It popped very nicely from the background which made it a great subject. 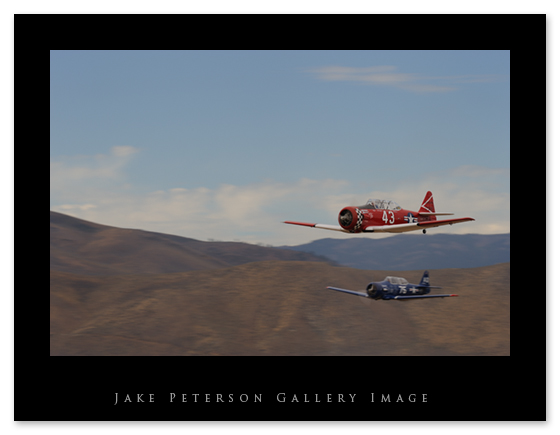 As i said they stack up nicely with each other. Scott out shot me with this one he got his stack up T6 shot that is just killer. At the end of the T6’s we had to get down, the C17 was going up and we weren’t aloud up there during jets. It was truly an amazing experience that i won’t forget. I got many nice shots but i didn’t get every shot that i wanted which is great, it means i have more to work on later. Two of the most important things I’ve learned this past week were save the buffer for the best opportunity and plane shots look better bigger. Thanks again Scott and Mark. My apologies to anyone whose eyes, ears and brains hurt after reading this post, i am definitely way too tired to be typing.