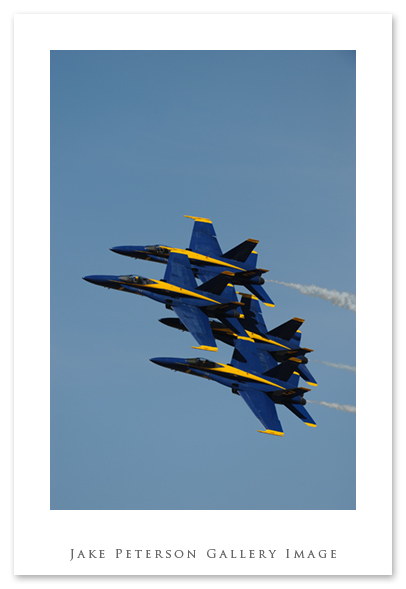 I said i would get back to the Blue Angels so here it is. These were the shots i took during one of their practice runs. It was actually pretty impressive to see the tight formations they were able to do without crashing into one another. These are the F/A-18 Hornets, and they just rip, capable of speeds over 1200 mph. They are by far a sight to see. 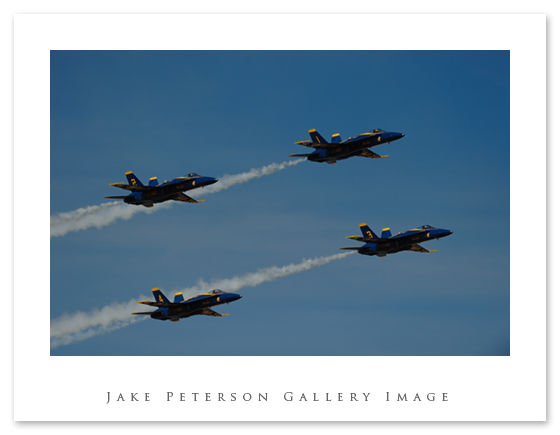 The smoke they produce was somewhat of a mystery until a good friend Kevin Dobler explained that it was actually an oil that was heated an released on command by the leader. Well it didn’t take long for them to start showing off their impressive formation skills. They began with simple flyby patterns and gradually moved up to more advanced ones. 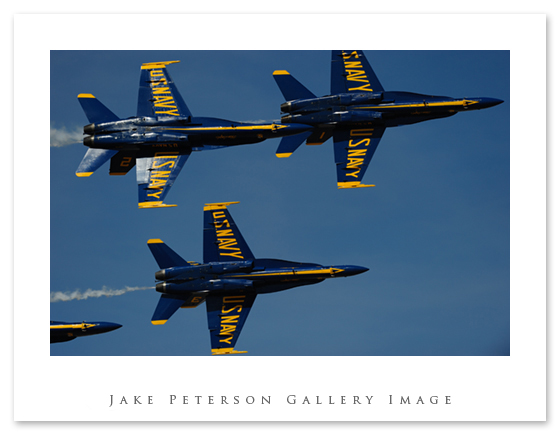 The paint job was one of my favorite parts. Simple and yet stood out very well against the sky and clouds. The yellow striping just brought it all together. I know obvious right, Blue Angels being blue but hey its an important detail. 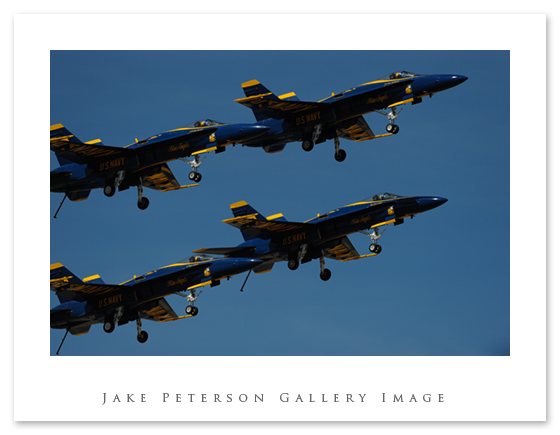 They did a couple flybys like this with the landing gear down. It seemed a little odd when they did this one. Almost like they wanted to look as if they were landing on top of each other. Definitely well coordinated, the formation was well done. 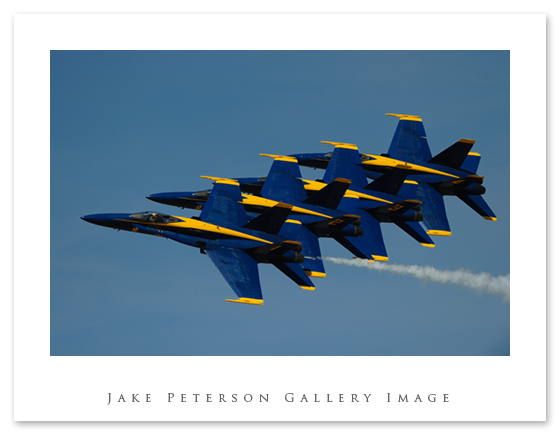 This was the last image that really stood out to me. I liked the pattern and proximity of the planes. Another well performed formation. Couldn’t understand why only one jet released smoke and not all of them, i guess it means something that i don’t know about. Unfortunately i don’t really feel too chatty at the moment. Lack of sleep is making me a bit loopy so ill just leave it at this. The Blue Angels were impressive if not a lot rusty at first. But rusty or not they are doing something that most people couldn’t which makes it amazing.