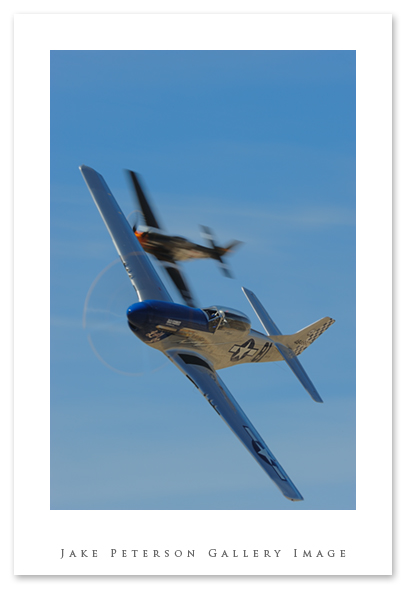 Well I’m slowly coming to the end of my recap from the races, it has been a few days of planes well beyond the races themselves but i thought it was fun. Funny enough I’ve found time to make this many posts considering the school work i needed to get done. Tomorrow will be the last day but for now here’s one more for the kiddies. My favorite group is the Unlimited. Don’t ask me which ones are the bronze, silver and gold cuz i frankly don’t have them all memorized. I like them all. The T6’s are up after the unlimited in my book. I like the prop planes because of the challenge they provide. Getting the propeller blurred and the plane sharp isn’t easy. Getting a full 360 blurr and the plane sharp is even harder. This was the only shot i managed to that with. 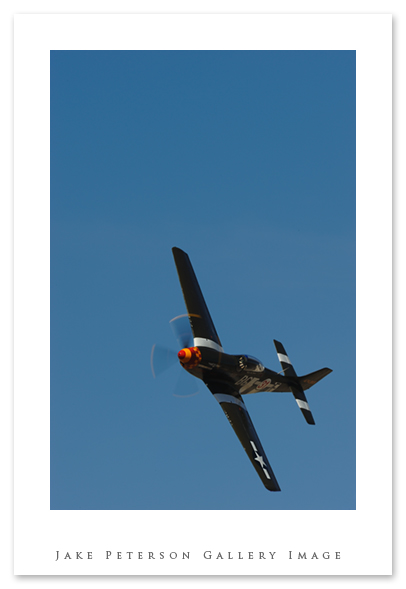 This is that P51 you see in the above shot, just wihtout a plane on top of it. As you can see i didn’t get the full blurr this time. But four blurrs is second best in my book. 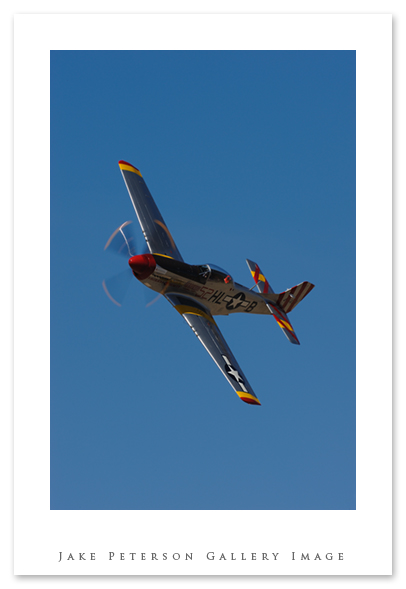 This is another P51, there is in fact a lot of P51’s in the air races. Many different paint jobs and variations exist, this one i seem to like more than some of the others. 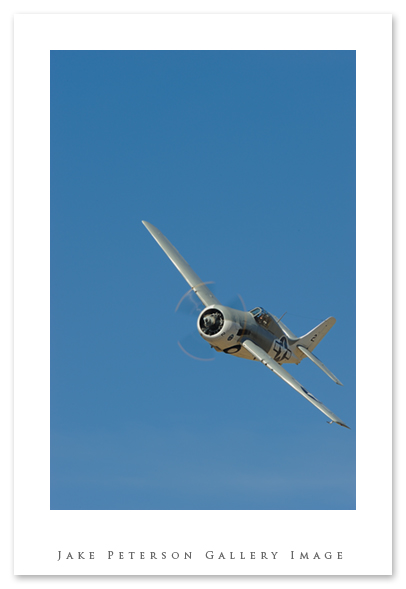 Then there is this guy. It seemed like he was out there solely to show the viewers a good time, because his time wasn’t so hot. This is the Grumman FM-2 Wildcat. A seemingly slow plane that seemed to pose rather decently. Wasn’t the prettiest of planes out there but it turned a few heads nonetheless. As you can probably tell I’m a bit more winded down from the beginning of this week, my text just ain’t as long. There’s one more day of exciting air displays before i go back to blogging about Montana, as i said T6’s are #2 in my book.