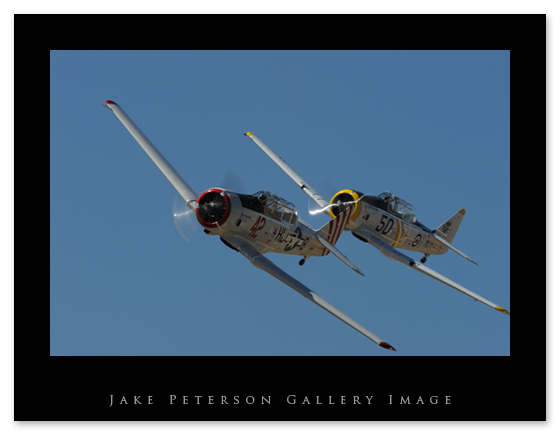 It’s finally that time when I’ve run out of steam on these events. I have more images but i think I’ve shown enough. Besides it’s time for me to get back to shooting the one thing I’m actually good at, wildlife. I’m hoping to get out this weekend and find some critters to play with, that is of course if this bug i caught, that seems to be moving around campus, goes away.  Before i do that i thought i would show that last class that i liked at the races more than most of the others, the T6’s. The thing i like the most is the fact that they stack up onto each far better than any of the others class’s. Unlimited will stack occasionally but these guys seem to go many laps stacked. 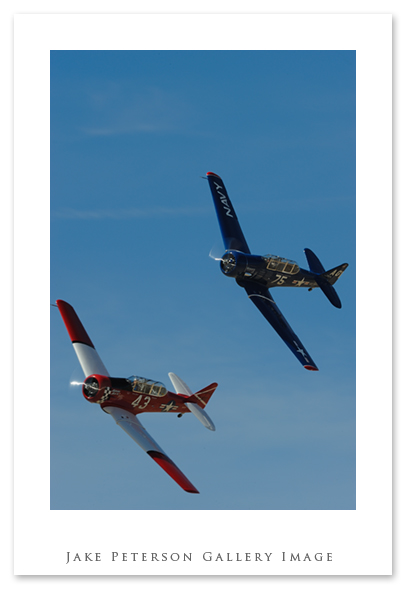 The straight pattern to their wings and the sleekness of the fuselage make the plane look great in a composition. It reality only the paint job makes them different, at least in the sky that is. 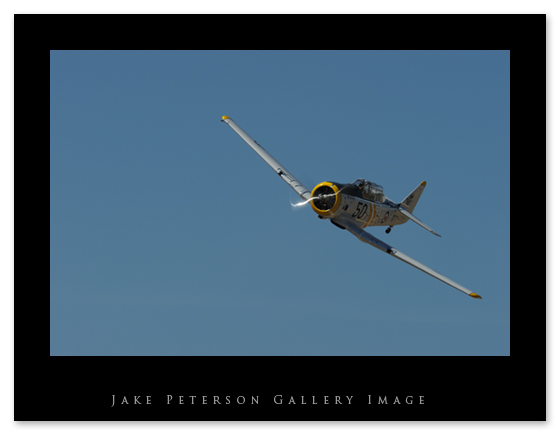 It ends the same way it starts, one guy in front and one guy at the end. That’s about how all things work. The week was a blast, and although I’m still playing catch up for my tardiness, i wouldn’t have traded it for anything. Can’t hardly wait till next year, and that’s say something.