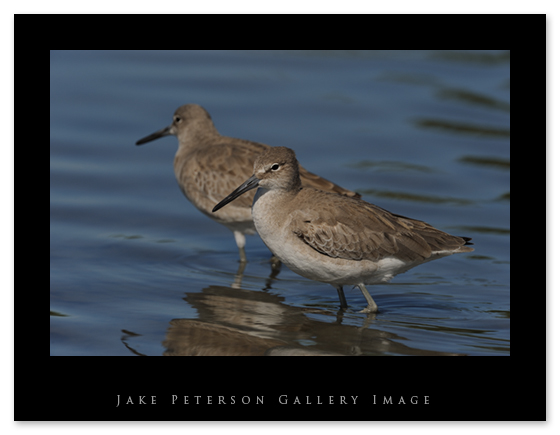 As the tittle says this is the last species of birds I’m going to talk about from Ft. Myers. As one lady that walked by pointed out, they’re just Willets. Yea well it’s still a new species for me and another subject to work. This pair of Willets was actually by the Black-bellied Plover that was worm hunting. These two were not as actively hunting as the plover was. They were watching though; for instance they both turned there heads up looking for a predator, they could see it but we sure couldn’t. 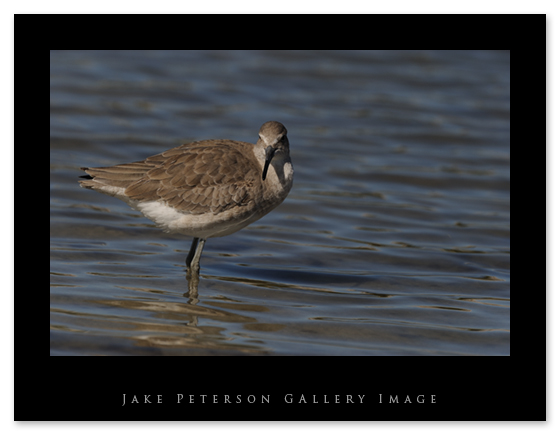 With each subject comes another challenge. With this pair of Willets it was the reflection being cast on the water by the building behind them and the two of them continuely walking into it. It meant for us to keep moving in order to avoid said reflection. They liked to watch when we move, curious as to what those five legged things sinking in the mud were. They best subjects always seems to pick the worst place for us to stand, it’s like a memo that gets passed around. We had fun regardless.