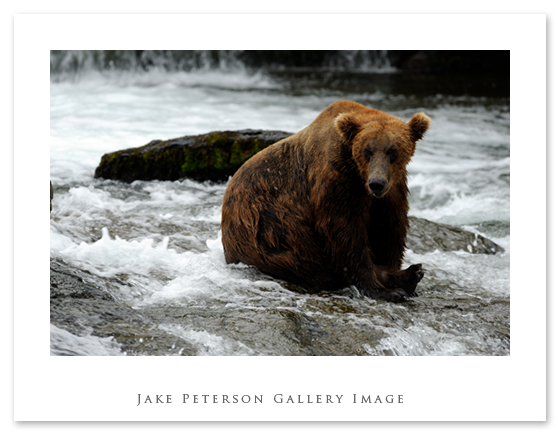 WOOT! It’s the last day of the semester, my one and only final will be done with today and then it’s homeward bound. It’s been a long and somewhat miserable semester academically so i thought i would bring a more comical and uplifting note to it by showing this shot of one of my grizzly friends from Brooks. I can’t forget this big guy because he was the only bear up there that sat in the middle of the base of the falls and starred at the salmon. He was also a rather large older looking fellow. I like how he sticks his foot out, reminds me of Winnie the Pooh. Here’s to one semester down and one hopefully long winter break.