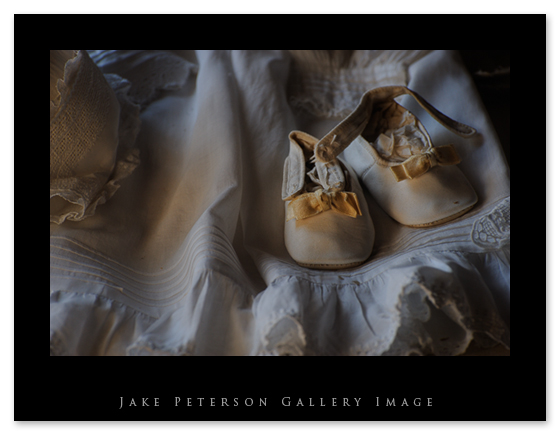 As I’m sure you all realize by now, one of the best parts of the holidays is getting to together with friends and family. Jeff Cable and his family came up as they usually do around the holidays and of course Jeff wanted to go out shooting, which is good for Dad and me cause it gets us out of the house and gives us a chance to explore the Sierra’s some more. Dad of course knowing the Sierra’s so well already recommended we head down to Law’s Train Museum which I had not been to in years. One of the really cool things about the museum is that we can go into the buildings and see some of the authentic gear and items from the 1800’s. 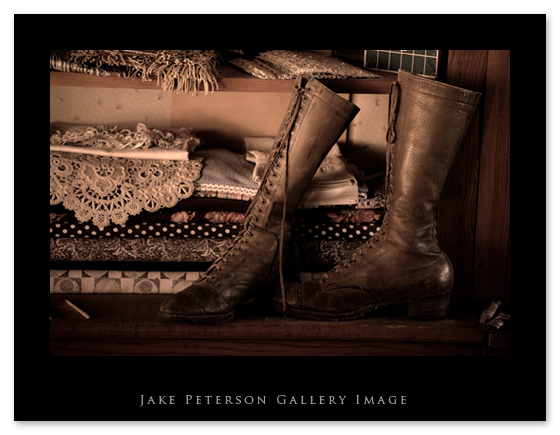 The first building that we went into had a number of odds and ends mostly cause it was a general store at one point. There were two pairs of shoes in the store that caught my interest, the baby shoes up top and the boots on the bottom.  One of the issues that presented itself at the start was we were shooting inside with very little light. There was enough to get sharp images but everything had a dull tint to it that i didn’t like. So by switching white balance from auto, which i normally shoot at, to cloudy the temperatures warmed up and a more warm look was exposed. The shoes themselves were more intriguing to me because of the story that they told. How many kids wore those shoes and walked the streets of this ghost town before they even knew where they were. How much mud and sweat went into these work boats as they went through their daily routine. As i looked at these shoes i wondered what other stories they held and how our shoes will be measured once behind glass.