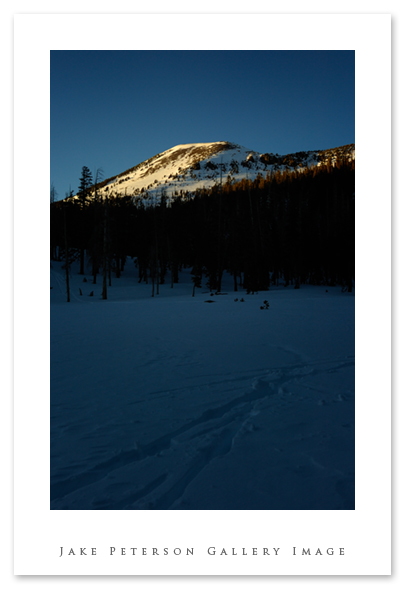 Growing up in the mountains i have come to love the snow; ever since my brother pushed me into skiing when i was a kid, i just can’t get enough of it. Now I’m not prone to taking my cameras with me when i go out skiing but a couple weeks ago i was out and saw an image that i wanted to capture but it wasn’t the right light nor did i have my camera, so i waited for better conditions. Of course i picked a day when there was absolutely no clouds but that didn’t stop me. The area in the foreground is a parking lot in the summer but in the winter is a great frozen mass which works great for images. Unfortunately i left the house too late so the light was gone for the shot i wanted, o well that’s what tomorrow is for.