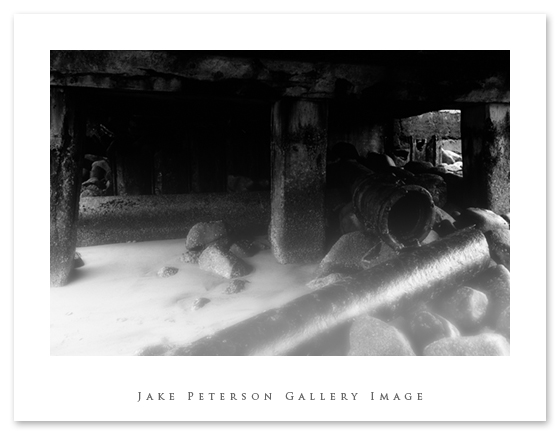 Last night was the evening shoot at Fort Point, which as the name suggests is an actual fort that can be gone into and explored. It is a really cool old three story structure that you can walk up onto the roof and watch not only the surfers below but the the city across the way. Unfortunately for us the structure was closed which was kind of surprising considering we scouted the place a couple days beforehand and got in. Whoops! Now what……  To the beach! Yep i walked down the wharf looking around trying to find an image that was more engaging for my taste, plus i just liked the walk. I went underneath the pier and saw this scene, well i immediately liked it but it wasn’t until i got back to the computer did i realize that the fog was a necessary element. It increases the spookiness of the overall look and feel of the image. Otherwise it looks just like a sewage line. 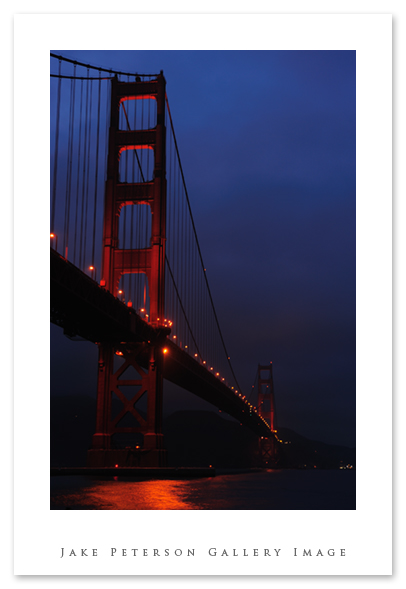 There was a point where i had to turn around, i couldn’t keep walking i would eventually run out of light; so i turned back and arrived in good time for the bridge’s lights to be turned on and the water to light up. This is one of the few occasions where it was good to turn on vivid to bring out the color in the sky, bridge and lights. Now i wasn’t the only one shooting it you can see Moose’s, Laurie’s, Kevin’s, and Joe’s shot of this lovely bridge.