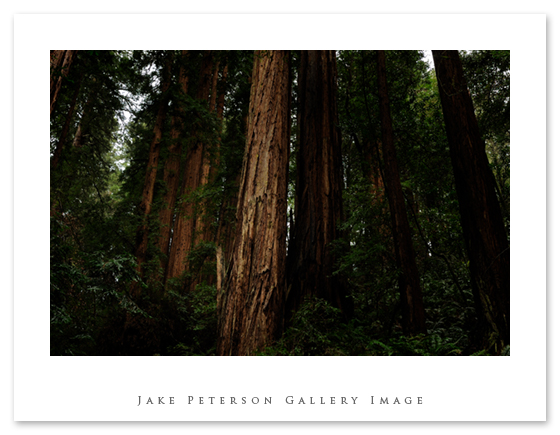 Wednesday morning was spent in Muir Woods, a really cool place with many spectacular opportunities if one knows where to look. The challenge with the woods is the range of light varies dramatically between the highlights and shadows and in order to capture that light with losing information HDR or flash on close subject matter is normally best. Now to be honest i haven’t ever composed an HDR photograph, so far everything has been straight shots. These two images are just that. 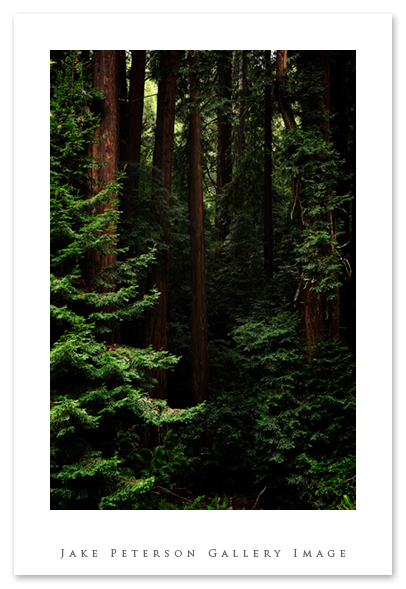 It’s nothing against that style merely a tool that i don’t know well enough to be using effectively nor to be trying to teach to other people. What i can teach is how to pick out subject matter that looks engaging that doesn’t have that wide range of light and can be taken in one shot. Anything that is not to dark or to bright with dark backgrounds is going to turn out fine without losing information. In the first shot you can see information lost in some of the tress but not the main ones i wanted to emphasize. In a forest like this one being selective is crucial.