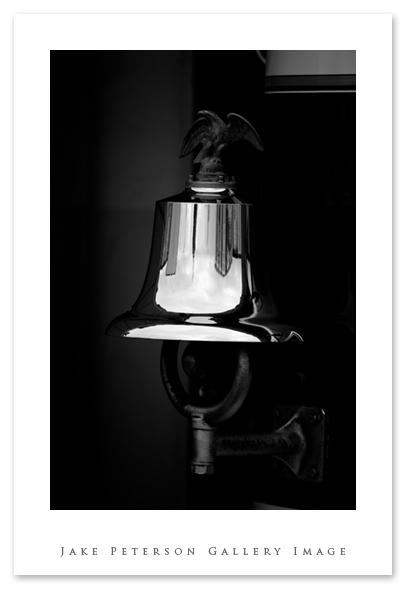 Last night we had the honor and privilege to be able to photograph the SFFD #34. Two trucks and a cliff and surf rescue truck. Along with the vehicles was the staff of hard working individuals that look out for the people here in the bay area. This type of shoot even with its unique setup is still not my style. I just can’t wrap my head around where to start. Maybe a few more workshops of listening to Joe’s stories will inspire me to get in the right direction. I instead helped out those that i could, setting up stands for Joe, holding flash’s for Dad, and anything else that came up. I found this Bell on the front of one of the trucks and it just stood out as an interesting B&W to me.