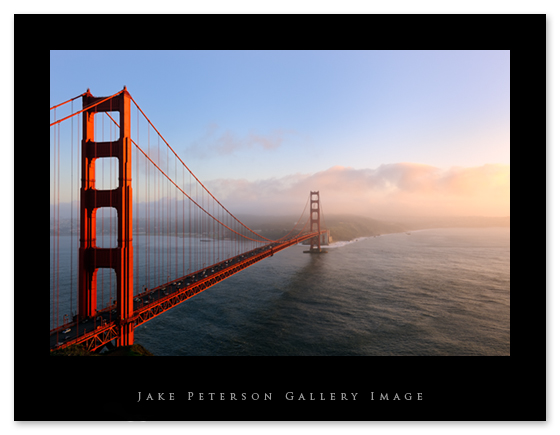 The final shoot is here already and it is a great one. We went up to Marine Headwaters and shot down on the Golden Gate Bridge with the fog rolling in and the light filling the bay with its beauty. We stood and watched for hours as the multitude of cars went by and the images flooded in. The angle of the light to the bridge never changed thus we never, so basically the whole night was standing shooting the bridge form one angle with different variants of light. The only difference is the compositions and that way we all decided to edit the image in post. 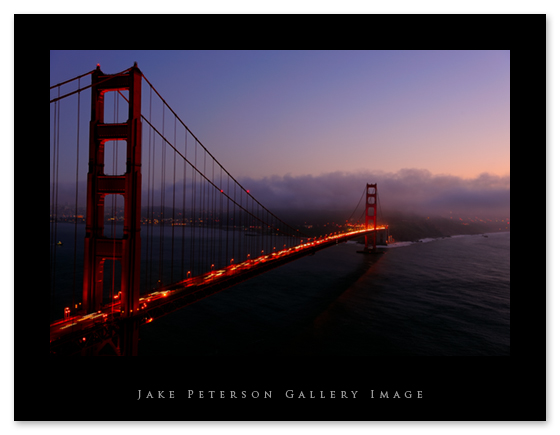 With this in mind, you  might be asking why i posted these two images. Well i wanted you too see the differences in the light on the bridge, one of the shots is with natural light and the other is the light emanating form the bridge itself. The cars are giving off light too but are too blurred out and are only seen as streaks. It may seem like a simple comparison but its key to start noticing these things now, for greater purposes later.