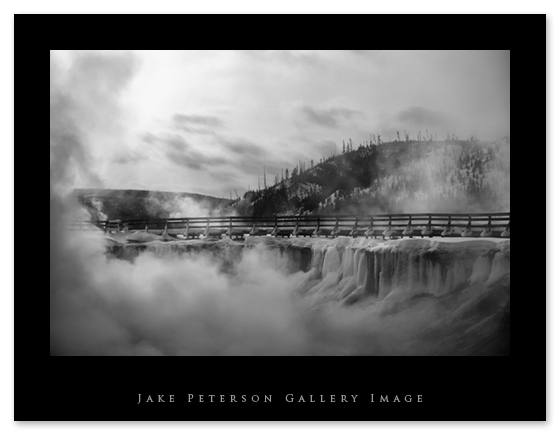 Well the blog post of Bear River set me back a bit so I’m just now getting up to date with some of my other posts. This past week, as you probably are all aware, Dad and his gang were out in Yellowstone having one heck of a time in the middle of no nowhere. Quite literally too, Yellowstone upon seeing, one gets the feeling of being out in the middle of nowhere. That calm feeling with no sounds, no cars, no people, no noise except the wind. It’s actually not only enjoyable but rather intoxicating. One of the many reasons i moved up to this area o so many years ago. Well i was lucky enough to be able to join his group of fine photographs on Monday, and even though the wildlife shooting wasn’t spectacular that day, i did get shots of Grand Prismatic that I thought were really cool. 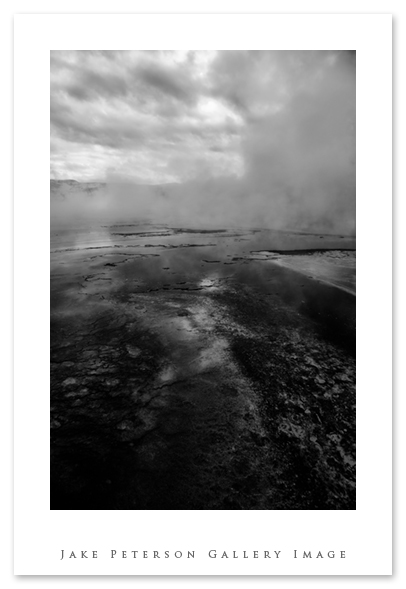 Grand Prismatic is one of the highlights as far as geothermal vents go, due to it’s overwhelming color configuration. Of course most of it can’t be seen except by aerial photos because of the amount of steam rising from the vent. Well i thought it would be interesting to see what would happen with all the micro organisms in the water, and yes that is what gives it its color, and cranking up the contrast a bit, what the shot would look like in black and white. Part of why i did this was just cuz I’ve done the other way quite a few times and i just didn’t want to again. The B&W version turned out to have some unique depth to it that i liked along with more visual character in the steam and the clouds that otherwise would not have been there in the color version. It was truly just another way to have fun with a familiar place I’ve been too, which is something to think about when going out to familiar haunts that you love but don’t want the same shot again.