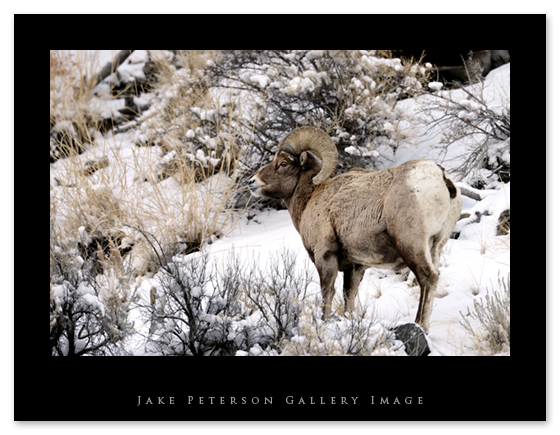 This past Sunday was filled with a great day of shooting down in Yellowstone with the folks. For some time now i have been unable to go out shooting with Dad when it comes to wildlife. Sure it’s fun going out and doing landscapes and video projects now and then, and the T6’s were just a blast but blasting critters is just an area where we both have fun and truly enjoy. It was a nice change of pace. When i get asked where i go out and i tell people Yellowstone, they always reply, “O gonna find some wolves!” Well we looked, found the group of followers that track them and the remnants that they had been around but didn’t see them that day. From the time I’ve spent looking for them I’ve learned two things, one they don’t like cars or people and two they don’t work weekends. They seem to be like most dogs and hide on the weekends or sleep. I know my dogs back home are always sleeping on Saturdays. 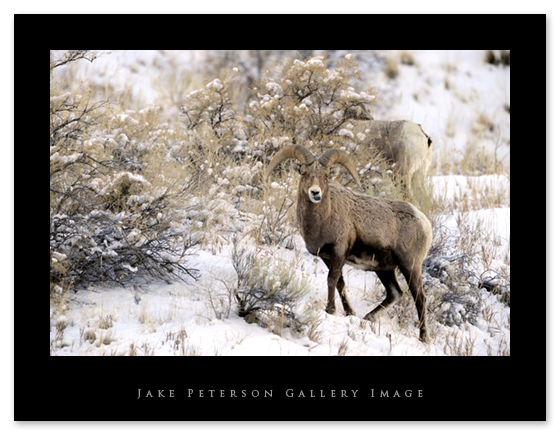 No, Sunday was a great day partly because we got to have fun with these big guys. The Bighorn Sheep that inhabit the park are always there and normal pretty cooperative. For me i can never tire of working with them. These are also the first files of them captured with the D3 for me, because i didn’t have a D3 in South Dakota when we worked with Sheep in the Black Hills and since i didn’t work them this past fall. Needless to say i was having fun. The big guy up top was from the morning. A bit of loaner munching on some grass while listening to the herd who was around the hill in a gully on the other side. He was slow moving and friendly. Then there was this a group of Ewes and Rams that we ran into that afternoon just south of Gardener, and this particular Ram was being well rather youthful. Running around smelling the sent of the Ewes basically being a lets say “energetic male.” Well i managed to get him sticking his tongue out at me as the one Ewe was going over the ridge and into the gully on the other side and it just seemed to me like he was bragging. Gotta love when sheep have a sense of humor to them. Of course i think Dad’s Hafe was better but then i have a demented mind.