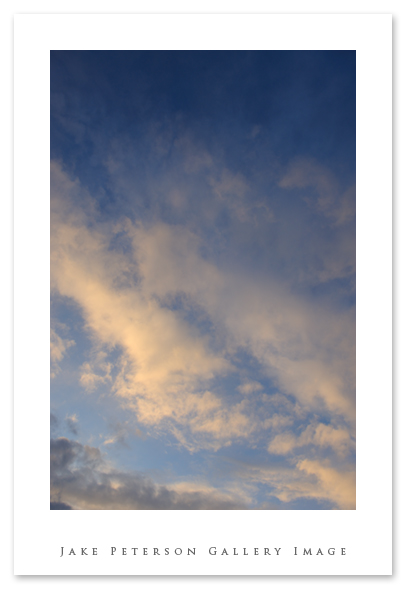 For days now i have been watching the clouds or lack there of. We have been walking around in the gleaming light of blue sky for the last couple days and it has been rather nice, but it got me thinking. Yea i know the sirens are going off, my friends here already hit me with that one. If the weather has been so nice, that means there has been no clouds to watch, none to study or observe, and therefore none for me to hone my skills on. It may seem trivial but aren’t they the middle ground between the light and the subject, the area that determines how rich the subject will glow on the ground? They themselves are the subject at times just the multitude of shapes and designs, they are there in one second and gone in the next. Even the light itself paints over the wisps to form shapes and in those seconds the clouds move, new shapes are formed and the old ones gone. 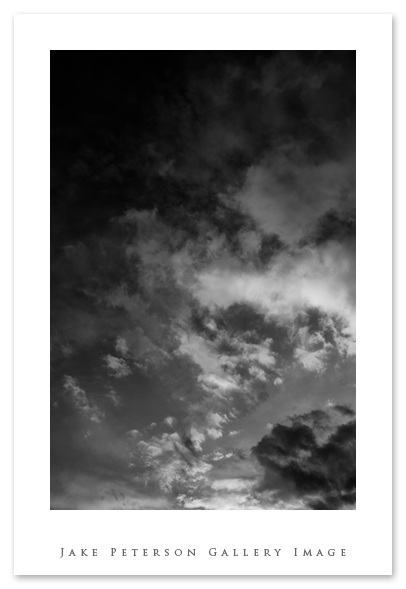 Cigar puffs, chimney stakes, smoke plumes, or flying elephants, is that how we see and describe these flying objects that make up the world above us. I am not the only one who longs for the leisure days of laying under a tree looking up at the clouds making shapes out of them? Are clouds merely tools that we use to judge when the best days are to go out shooting, or are they more than that? Do they represent the tasks at hand of new challenges that most be met and conquered for the next day to continue? I’m not sure, i wonder if a simple conversion to b&w in the real world would change the task as dramatically as it would in a photograph.