Photography is always the about the expansion of ones own tools and knowledge. Through that process many experiments occur to test the boundaries and make progress. A couple years back, before iPads and iPhone’s truly became the center of keeping up with the times I started using SWF’s. The idea was being able to keep images secure to be able to post better images more often and not hold anything back. Well naturally many objections rose up especially my favorite, I can’t see the images can you make it easier and of course, well they really aren’t secure I can still steal them. True as that maybe I can prove that you did! Maybe it’s because of the emails or perhaps it’s just time for another experiment but I thought I would try another system for a while. Every image i post now will NO LONGER be swf files but instead watermark jpegs. We will see what happens. 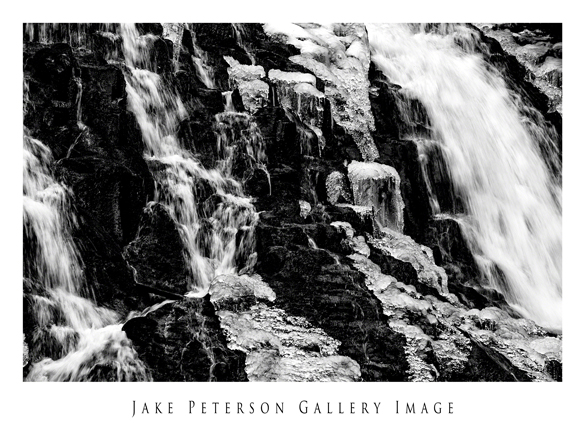 This past weekend the weather cleared up after a potentially record cold day on Friday. Thankfully none of the fall color disappeared and the trees still contained their leaves. The other day i went up hiking with one of my buddies into Hyalite Canyon, which is basically Bozeman’s recreational park for college students. One of the short hikes past the reservoir is up to Grotto Falls which is less than a mile up. Having been a long while since i was up there i wasn’t quite sure what it would be like but i brought the lens assortment just in case. Glad I did too because the falls had a good layer of ice on it already which was fun to play with. Not so much fun to walk across. 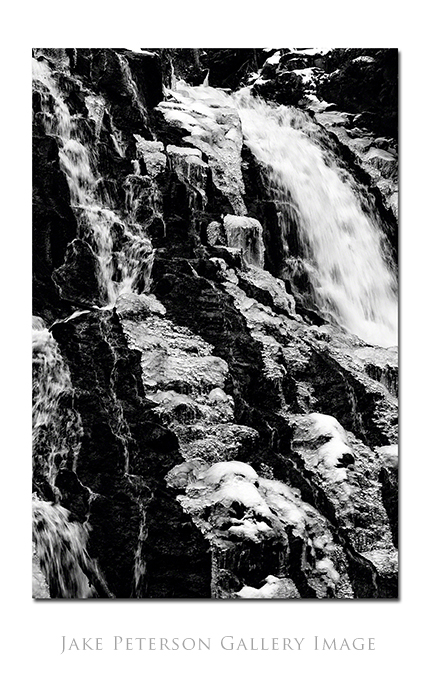 After spending so much time working with planes I sure am glad to spend a little time with landscapes because in all honesty, landscapes are easier to process. A few seconds in ACR and a conversion in SilverEfex Pro and that’s it. I love that!