Something has been stuck on my mind for a while now and it started in September at the Reno Air Races after something my Dad said. He said, “I do more finishing in ACR 7.2 than I do HDR these days.” We had just come off a morning shoot and I asked, “well does that mean you weren’t taking bracketed images for HDR’s out there?” He said, “no i still do but ACR 7.2 is so good and fast that it’s sometimes better.” I got to thinking about this, more over I wanted to test it. How much is HDR really needed if you use ACR in your basic workflow? To set this up I used the same image, same process, interesting results. For what it’s worth i use CS6 64bit, ACR 7.2, Photomatrix Pro 4.2 on Wacom Cyntiqs. Just thought I be clear on that before I get an email. 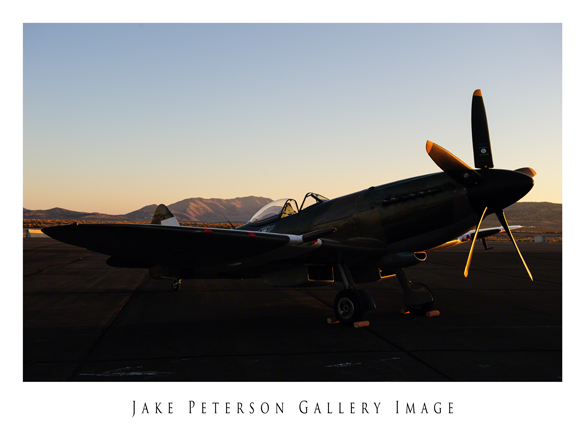 The morning shoot that we had was with this beautiful Supermarine Spitfire Mk XIV graciously pulled out for us by crew members of CAF Camarillo. It was about 06:45 when we had the plane pulled out and in position. The challenge with morning static shoots at Reno has always been plane direction. If the nose points South East like it is here, to get a straight on shot you have lovely grey K-rails in the background. If you point the nose Southwest then the plane is back lit, anything else and the plane is side lit. Pretty obvious which way we went with.

You get to see the magic this time for here is the before and after images. The first image here is the first shot in a 7 bracketed series with -1 exposure compensation. The plane is dark and the sky sucks. At 0 compensation the plane is better but the sky is blown out. Both were used to make the second image and 0 comp. for the bottom one. 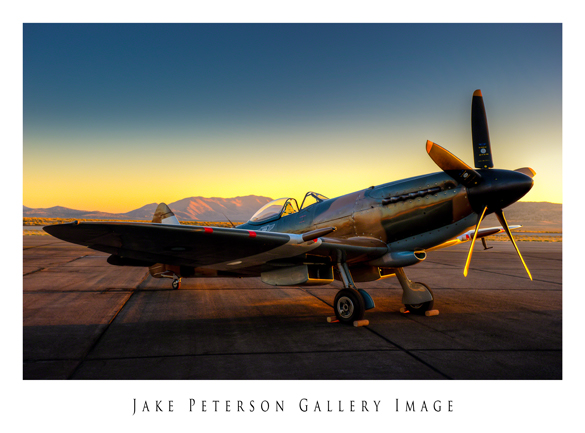 This is the HDR. Notice the color in the sky, detail under the wings, light on the asphalt, and the light around the prop. These are the key areas of difference. 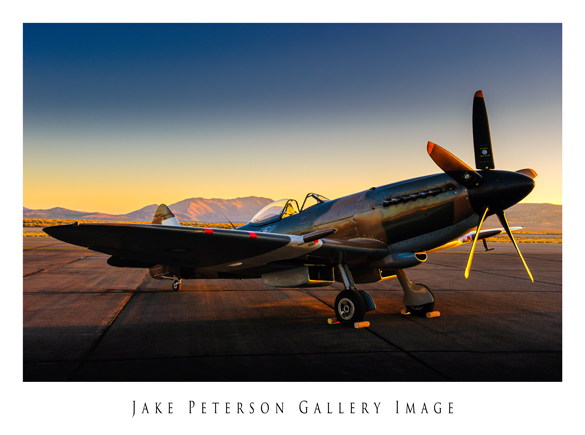 Now here is the single image. The similarity is amazing! At least I think so. Both images went through the almost the exact same process except one was built in Photomatrix and the other wasn’t. Also Each image has one single filter applied that the other was not. I sharpened the plane in the first image to bring out all the rivets and lines, it wasn’t needed in the second image. The second image needed a polarization filter for the sky, first one didn’t. That’s it! That is the only difference in the finishing of these two images. Which one is better? I don’t know, can’t decide. I can tell you which one is smaller, that’s the second one by almost 30mb!On a hard-drive filled with Gallery images that makes a big difference.

Here’s what I’m getting at with all this. Just because you can doesn’t mean you need to. Can you shoot in nothing but bracketed sets to guarantee the right exposure? Yes. Is it better to learn from experience what is the best exposure for various scenarios? Yes. Can you get almost the same result with different techniques? Absolutely. But if you are going to invest in equipment, programs and time then isn’t it best to maximize each of them, time being the one you can’t buy back or return. Obviously there are times when there is more than 5 stops of light and you need to use HDR techniques to get the most accurate result. That doesn’t mean it’s needed in every scenario. Keeping up in this business isn’t just about the next image, it’s also finding the quickest route to finish the project so you can move on to the next one. If you’re curious the single processed image took less time than the first one did. One less step. If you don’t believe me than I dare you to go out, take a series of bracketed images, finish an image in that set both ways see what happens. I bet you’ll be amazed.