While the Bridger’s were a great subject the little voice in my head kept telling me to turn around.It’s often one of those hard learned lessons to turn around and see what you’re missing behind you. Getting so fixed on what’s in front of you it’s easy to do. In this case It was the sun going behind a low cloud and the corresponding mountains. Now I think it’s funny that it used to be that you weren’t supposed to shoot into the sun but nowadays everyone does, myself included from time to time. 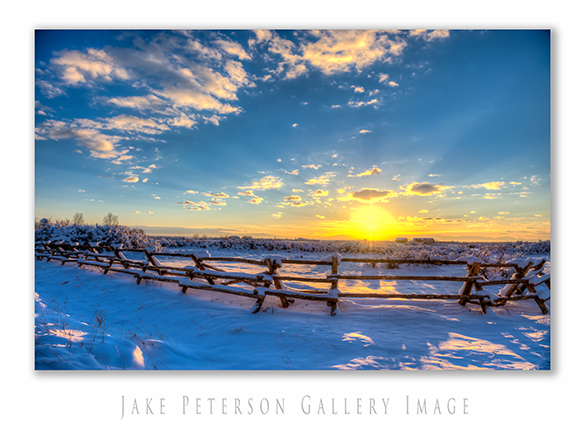 I don’t know what grabbed me about this one but something about the fence being there intrigued me. In my mind I saw it as light not being be blocked by anything. That might sound a little corny but it fits.