The tiniest of details can mean the difference between a good photograph and a bad one. I was thinking about this when i was out shooting the snow. It is the ice crystals that truely makeup the essence of the Winter and I’ve have always wanted to get that one shot that shows nothing but the tiniest of crystals. Now i didn’t manage to get that one shot this time but i found a stream that wasn’t frozen entirely and the crystals on the rocks were perfectly offset with the lack of light on the water. 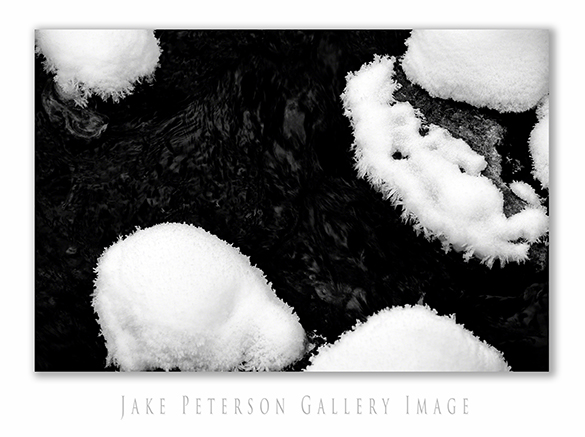 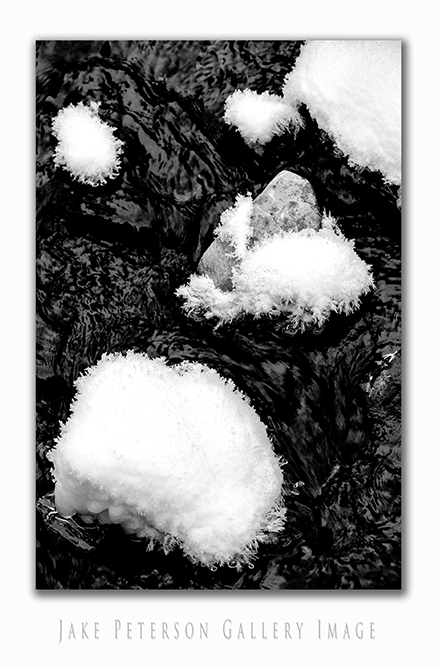 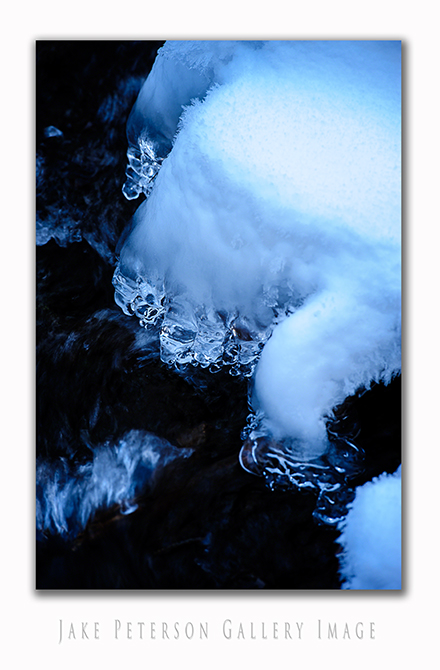 I don’t know why but this last one didn’t seem right to me to be in black and white like the others, perhaps it was just the coldness of the ice making the blue standout.