I see too often when around other photographers that they leave right after the color disappears. Yes shutter speeds go down, due to less light, making it harder to get good images but it’s also an opportunity to play with black and whites. The light is still there, just not as much. It’s in this time that you are working with a grey scale that makes for easy shots. Now of course the mountains here are back lit but as I said previously, on certain afternoons the clouds that role over the mountains from west to east, come in low and make for great subjects. 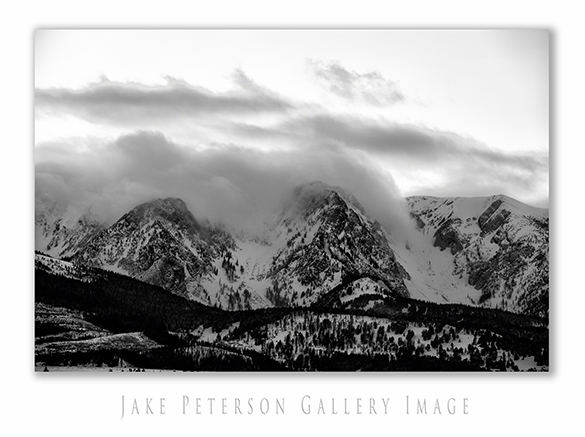 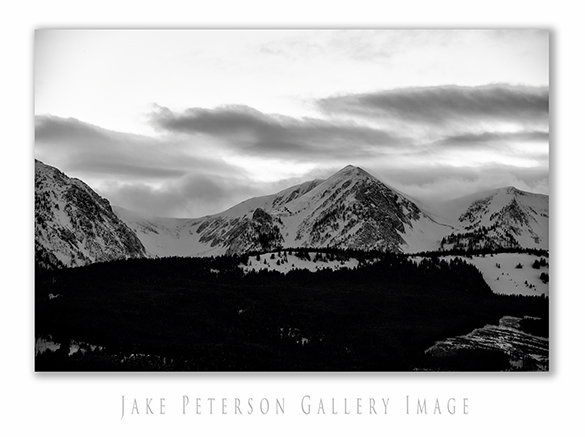