This past weekend I was enjoying one of my new books when a strange sound starting coming through my window. Behind my apartment lies a horse and cattle ranch. I thought it was merely the cold snow falling that was making them whine until about 12:00 when I started to hear howling, then it all made sense. At first it sounded like one coyote was out in the field but slowly more and more howls were coming. I have no doubt that the ranchers were very unhappy to hear them but for me it was fun. It’s that reminder that I get to live in the mountains and that they are just part of the land. Another critter that gets to roam around. 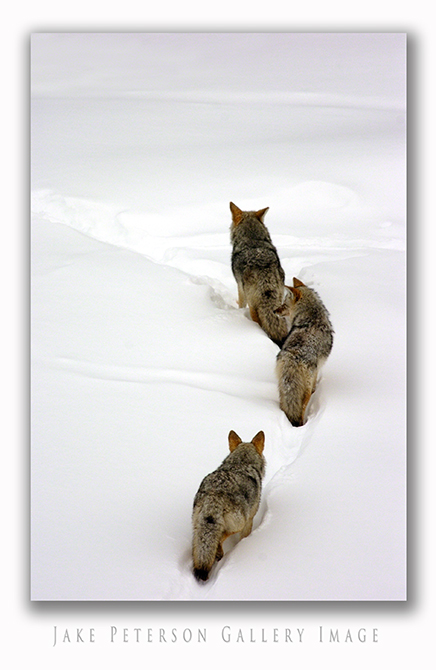