The one common element that all photographers have to deal with is the budget. It’s that really annoying factor in business that keeps us from doing the things that we want to do, which is always being out shooting, and what allows us to do the things that we do get to do. One thing that i have realized very early on is that you do have to go to other places in order to get different kinds of shots. Not everything is in one place, sad right. This of course brings in the need for future planning. One of the best ways to get around this and to be more productive is to work locally. Finding more to do in your home town reduces costs dramatically. Seems like a no brainer right. Well here’s my question, where do you start? 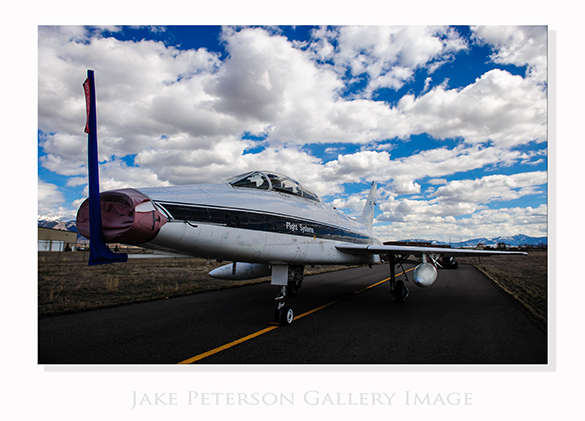 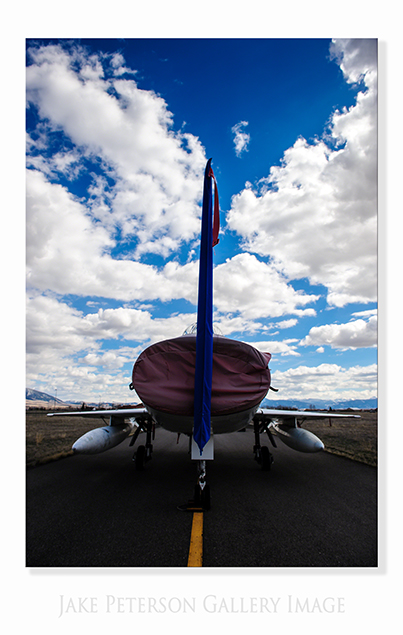 Having spent a few years in Bozeman now, I am constantly working on meeting new pilots and finding new planes to work with right here in the state. After a very productive afternoon this past weekend I managed to make a couple of new friends. Well on my tour at the Bozeman Airport I finally heard some of the back story of this particular aircraft. This is a F-100 Super Sabre. These aircraft were built and used by the USAF from 1954-1971. It was a supersonic jet fighter a follow up to the very effective F-86 Sabre from North American Aviation. Well this particular one is parked outside along with another and a T-33. Each one is easily seen driving by you can’t get to it. Well after raining on Friday, Saturday was absolutely beautiful with puffy clouds that I was dying to put a subject with. Good thing I found these guys. The back story is rather simple. They were flown in and parked. Although there was originally ideas of restoring all three all got put on the back burner as other projects came up. You could say that is true typical aviation fashion.