Probably the most iconic of all WWII warbirds is of course the P-51 Mustang. Although this aircraft was not the most produced aircraft during the war, it did serve one very important purpose. In the early years bombers flew unescorted to many long range objectives. After a staggering number of loses of bomb crews, B-17 crews being 10 and later nine as one waist gunner was removed, a single plane lost was a high price. In 1944 the Mustang was added to the arsenal. Equipped with wing tanks the mustang could fly with the bombers to Berlin and back, this one feat made the mustang famous. 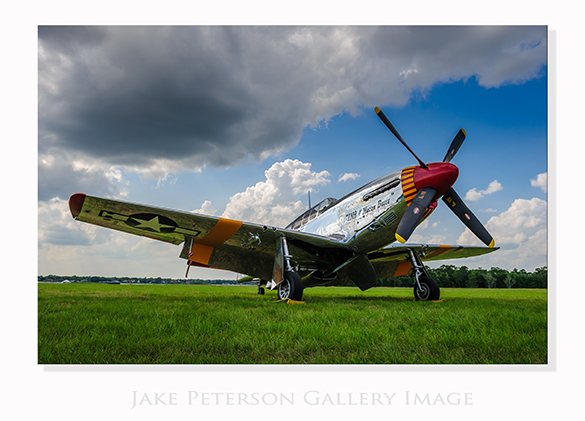 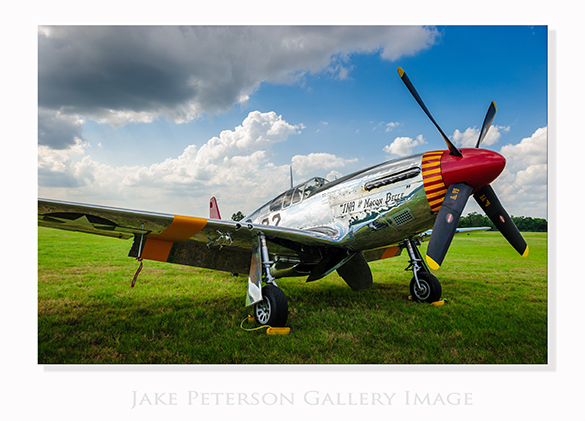 One of the best features of the mustang is it’s aluminum body. The aluminum body of the aircraft reflects everything, including light. This makes the plane much easier to photograph in most light conditions. It also can be really cool when there are great clouds in the sky. The clouds change the reflective surface of the aircraft so there are patches of blue and white along the fuselage. There’s also a catch, if the plane is next to another plane or people those reflections will be seen as well. It’s those little details that are important to remember when shooting and finishing.