Something that i always try to encourage is to look for the shots that not everyone else sees. This is actually very important in aviation because when you work at an airshow everyone is shooting level with the planes. There is nothing wrong with this but it’s not always the most interesting. When you have the time and the subject is not moving then why not play around with the angles? Here’s an example. 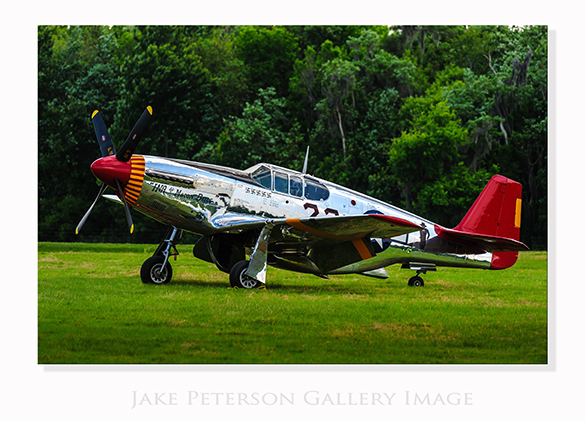 Again I refer to the P-51C Mustang, “Ina the Macon Bale” as my example. Two different angles same plane, one difference. The image above is eye level with my camera. Now the one thing i look for in my static work is a clean background. This is as clean as it gets, and it’s green! That’s always a plus. Problem is the clouds disappeared so there is only bright blue sky above the plane if I were to get low. You can see some patches on the top. Well that just wouldn’t work. What you can also see is all that detail in the foreground that isn’t so great. But it’s better than black tarmac. 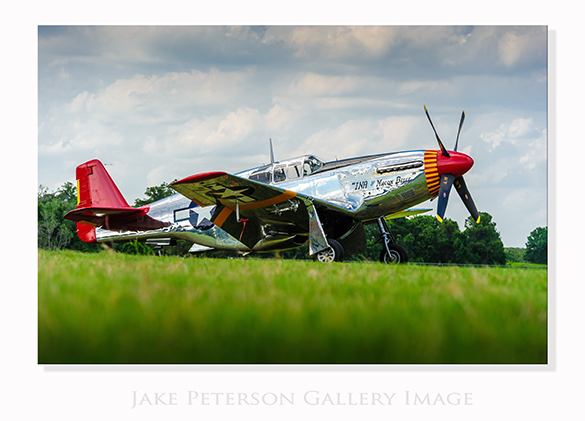 So here is the same plane from the other side, now the clouds are back. By getting low, and I mean laying on the ground, I get that nice sky in the background and less detail in the foreground. It’s a just a green blur and that’s sweet. It’s a little bit different, it’s a little cleaner and it’s less for the mind to get stuck on. The eyes go to the plane. It’s those little details that make your images stick out more when you do a submission to an editor. One tip though, if you do get low and blur out the foreground make sure to put a gradient on it so that the eye doesn’t get stuck there and goes to the subject.