The theme of the Planes of Fame Airshow was “Lightning Strikes” celebrating the magnificent P-38 Lightning, or otherwise known as the Fork Tailed Devil. Over 10,000 of these planes were made and today only 7 remain flight worthy, 5 of those were at the Airshow. The Luftwaffe referred to the plane as the fork-tailed devil but the Japanese had another name for it, two planes, one pilot. The plane was used in a number of different roles including dive bombing, ground attack, night fighter, photo reconnaissance, and long range escort when equipped with drop tanks. 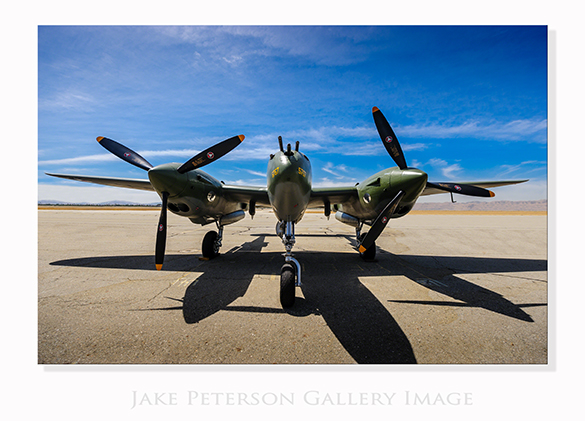