One of my favorite things to photograph, and I have talked about this before, is static aircraft. There is just so many possibilities when it comes to static planes that it makes it so much fun to come up with something new. Now when it comes to approaching a new plane I have “checklist” as you will of shots to acquire before i start playing around. The reason for this is the business is used to certain images, certain looks, profiles, detail shots that it is important to get these if you’re doing anything editorial. Once I have them I start playing with new ideas. These here are kind of a mix of both. 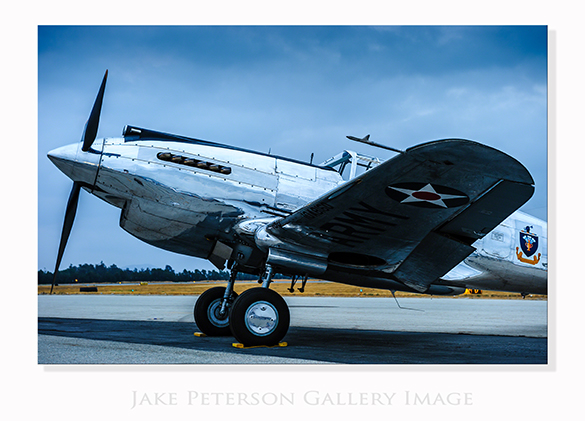 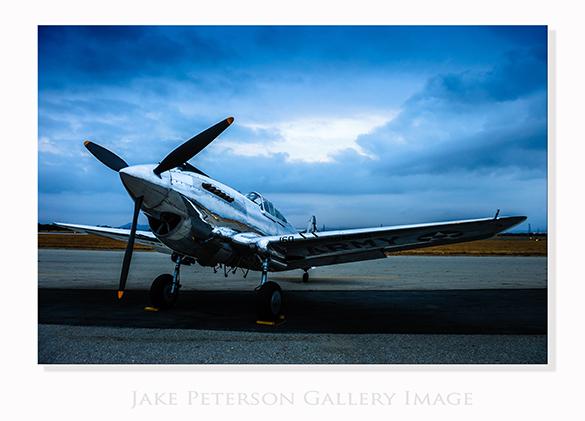 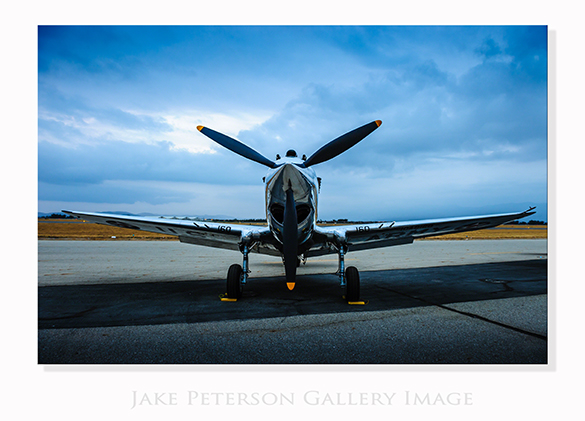 The one thing that I truly played with these images is the light. This is a P-40C Warhawk, all polished aluminum and truly spectacular. It’s another part of Planes of Fame collection of magnificent aircraft. Well being that it’s polished aluminum the metal skin reflects EVERYTHING! Well on this lovely Sunday morning with overcast skies and a rather good chill in the air, that light that is being reflected isn’t so pretty, but workable. I shot everything in Vivid and in ACR i mad sure to keep that profile. But unlike other images I worked from that morning, I kept the skies rather blue. The reason is it was a cold morning. Why not show that in the images. Since there was no warm light from the sunrise and grey is only so attractive before the sun comes up, the cool blue adds kind of a nice affect to the overall tone of the image. Silver plane, blue clouds. It really didn’t require much to do this only slight drop in the calvin temperature slider. The only other thing to do was to go to the luminance slider bring up the dark blue one to remove that blue cast from the plane. The plane is silver I wanted to keep it that way as much as possible.

Now if there had been a beautiful sunrise that morning with great light coming through I wouldn’t have done it this way, but since there was only flat light and grey skies it sounded like fun to me. And of course if it doesn’t work it cans always be changed.