Another one of my favorite planes that i never get to see enough of is the TBM Avenger. Entering service in 1942 the Avenger first saw action during the Battle of Midway where five of the six planes went down. It went on to become one of the most depended upon torpedo bombers of the war. The plane played an important role during the Solomon Campaign where it saw lots of action in Iron Bottom Sound. The plane was used by both marine and navy units both on land and in carrier operations. This plane held three people, pilot, navigator/bombardier/gunner, and a second gunner. The rear gunner was in a bubble like gun turret mounted in the otherwise tube shaped plane. On the cold Sunday morning at the Planes of Fame Airshow, two survivors of this very important and historic aircraft are on display. The clouds and cool temp add a perfect backdrop for where these planes would have been stationed and flying in. 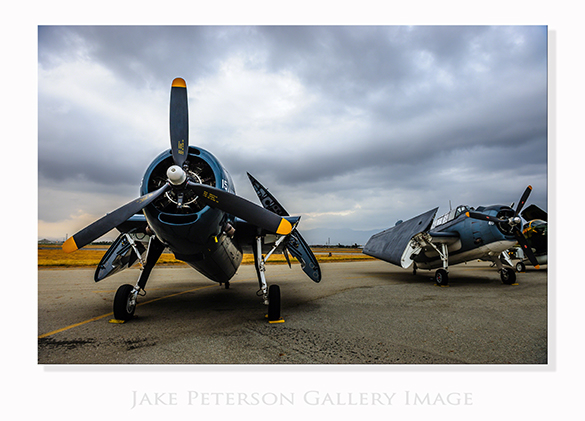 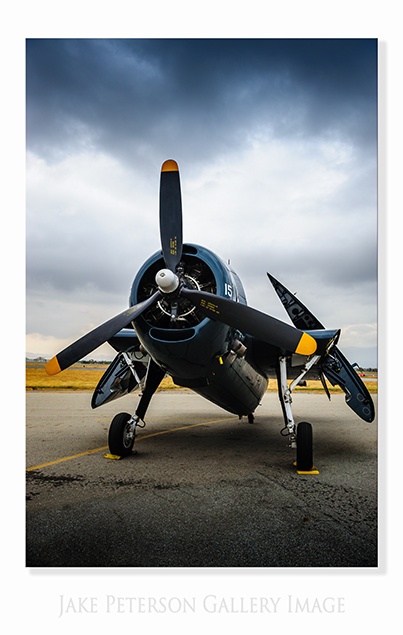