The P-47 Thunderbolt, more affectionately known as the Jug by those who piloted it, was one of the heaviest, largest and toughest fighter aircraft that relied on a single radial engine. The Jug was built with heavy armor and a massive offensive capability. With four .50 Caliber machine guns in each wings and able to haul up 2,500 lbs of bombs which is over half of what a B-17 can carry. Although the P-47 was not used in long range bombing attacks, it was used for short range ground attacks. It was widely used for long range escort for the flying fortresses. It was made famous by the 56th Fighter Group, part of the Eighth Air Force, which had a number of top aces, as they flew missions further and further into Europe. When looking at this plane it’s almost like watching a flying tank. 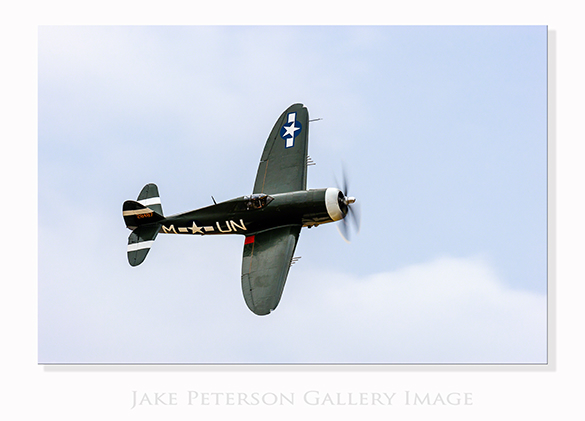 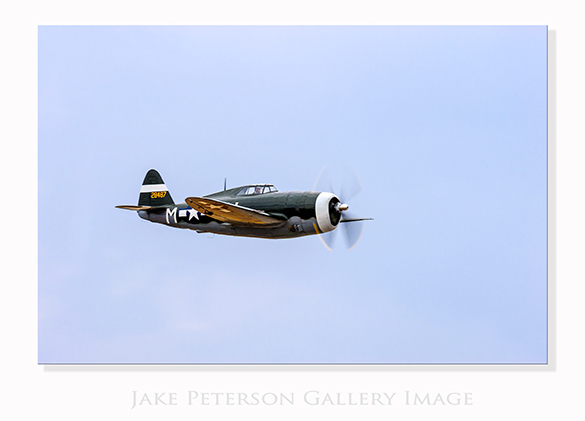