Despite the rather stubby appearance of the Bearcat’s fuselage this particular fighter is one very fast machine. While other planes were doing banana peals around us, this guy was just hauling ass as he went by. The Bearcat’s came out to late for WWII but did see action in the French Indochina War all the way up to Vietnam in 1959 when they were retired and replaced with other aircraft. The most popular use for these planes was air racing. The first ever Reno air Races was won in 1964 by a Bearcat, known today as “Rare Bear.” 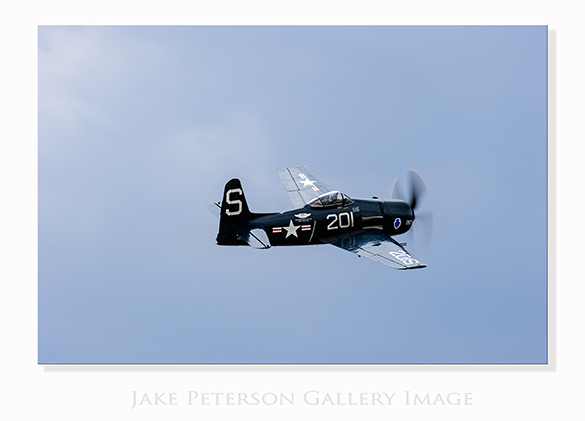