One thing I have noticed while working at Airshows is how often I photograph a plane and someone else then comes up takes the same picture in the same spot but never does anything with it. It intrigues me how often with static shots in particular, planes will get ignored and left out just because of the “clutter” around it. What i mean by clutter is all that normal airshow stuff like fences, ropes, tents and people. None of that means that the image can’t be fine tuned. Here’s an example. 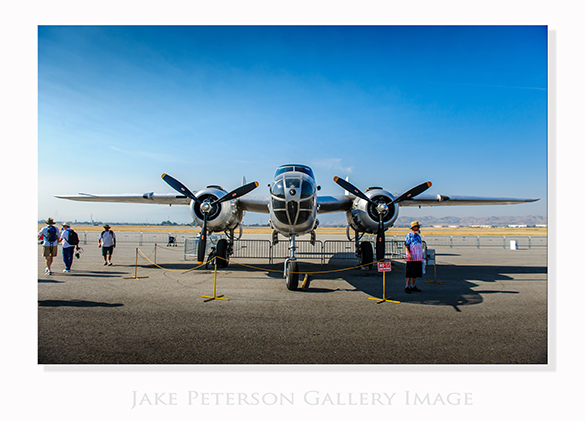 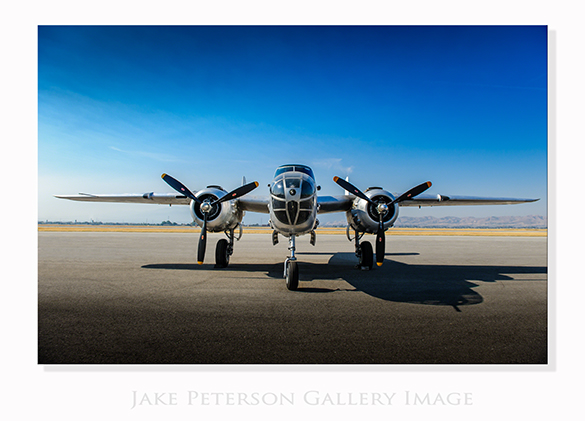 This is the B-25 Mitchell Bomber “Photo Fanny” of Planes of Fame. This plane comes out pretty regularly but often surrounded by the same stuff as you see here. Now does my version look less accurate to what everyone else saw there? Yep. Does my version make the plane look more desirable? Yep! Getting rid of all that clutter brings the eyes back to one thing that’s important in this shot, the plane. While it takes a little time, it’s worth it in the end. A good tip to be thinking about when taking these shots is if you know you are going to be playing with those clutter elements watch for clean backgrounds or at least backgrounds that are easy to work with. It makes your life a whole lot easier if you don’t have to be cloning material over and over again. I know from experience.