I just got back from Pylon Racing Seminar which is the certification for new pilots and aircraft, leading up to the Reno Air Races in September. I still don’t know where time goes but it seemed like PRS came and went by really fast this year which was a sign that it was a good year. We had a good turnout of planes to enjoy and even a couple new ones that hadn’t been seen in a long time. Like this beauty. This was Bob Hoover’s P-51D Mustang that he flew during acrobatic and perofmrance displays. Bob had many aircraft throughout his career but this one was also a racer. It’s pretty freakin cool that this plane is coming back to racing but more on that later, for right now you’ll just have to settle for this one teaser image. 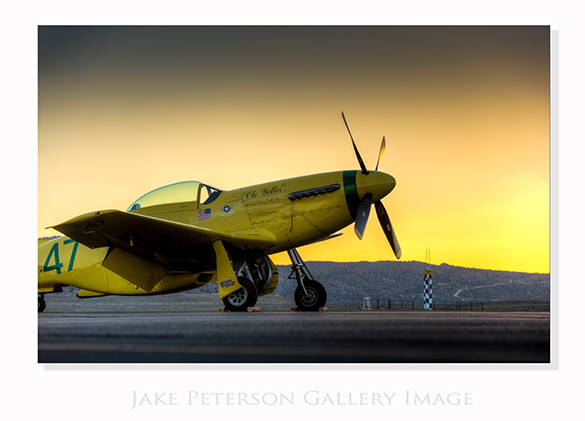