My Dad thought of this post right after we did this shoot but it seemed so important that I thought I would borrow the theme. It’s a really simple concept that gets overlooked to often and that is the best photographs, the best opportunities and the best friends you’ll ever meet all come from hard work. Dave Black even said it during his class at Photoshop World that photography is truly hard work but that’s where the rewards come from. Nothing just happens, nothing is just given away it is all earned. However grand or small your perception of time is, when it comes to the heart photography everything is one more challenge after another with the lessons learned being compounded onto the next one. This lesson was well revealed this past week while at the PRS group photo when another historic plane was brought out, a P-51D Mustang, Race 15, one of the only remaining mustangs left to have been originally built with an Allison engine. We were further blessed when the decision was made to leave the plane out for a sunset photo shoot. That decision was made solely because of the hard work previously put in by providing photographs when needed and asked for. 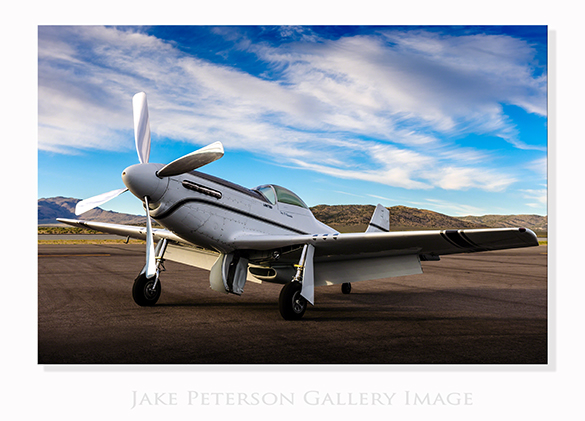 The afternoon ended with the usual light and good clouds. While we waited, the dozen photographers there were all hoping the clouds would stick and the light would get better. 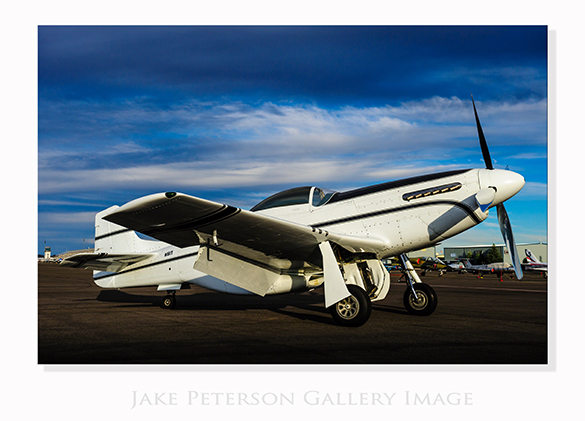 The dark clouds to the east were a perfect backdrop for this plane. It usually doesn’t work that great but since the plane is white the contrast just makes the plane pop! 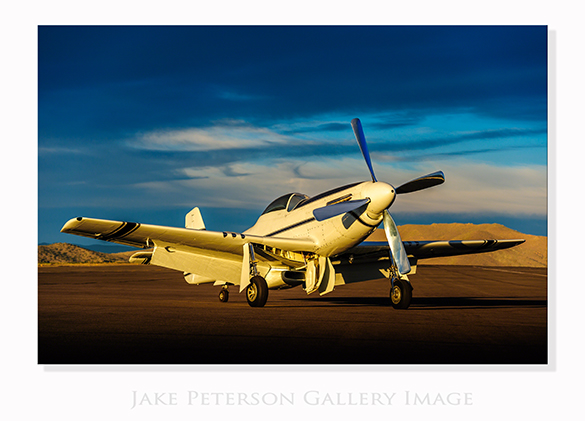 It kept getting better as the sun got lower. Until… 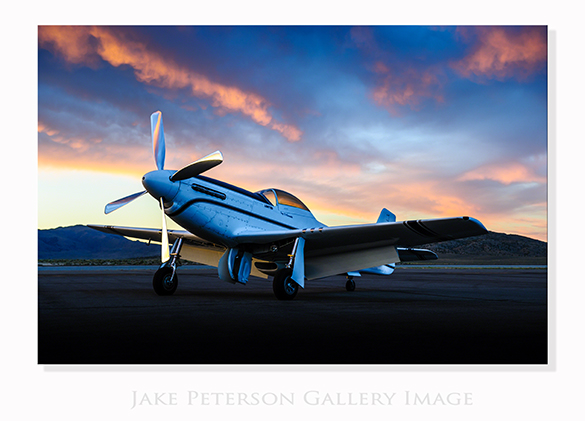 After 90 minutes of shooting the photo gods rewarded the hard working and patient ones with one last colorful display over the dark skies. This shot is brand new in my files and I already love it, as well as the time I spent photographing that plane. All of that came from years of hard work and good friends.