Well as i said I kept going down the road and eventually found that great open range wot work with. At this point I was actually standing in the rain that I had just been photographing. It was kind of a fun transition as the light kept moving and the clouds kept blowing eastward. This one field out to the west intrigued me because of the great green field. I switched over to the 14-24 trying to capture more of the landscape and in doing so found some rather interesting. 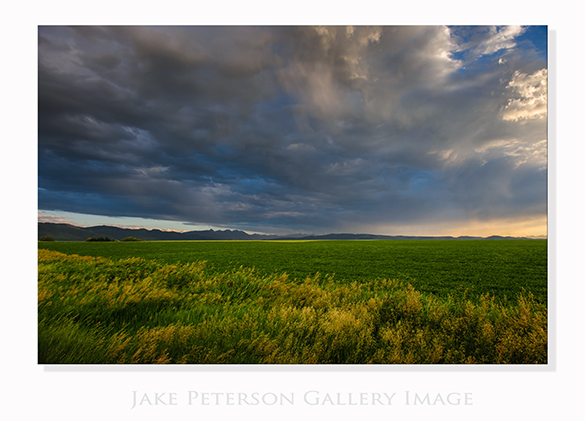 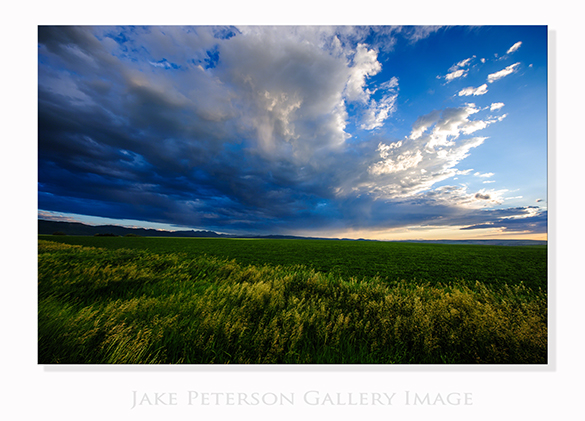 As you can see the images are from the same spot but different focal lengths. The top is 24mm and the bottom is 14mm. Well the tone changed so dramatically between the two because of the exclusion and inclusion of the highlights in the upper right corner. It’s a cool transition to watch and to keep in mind for future shoots.