I knew Oshkosh was going to go by fast but i never thought that I would already be back at home working on the daily blogs. I came back with almost 12,000 images from the trip, which more than doubles my previous Oshkosh file. Now that my files are all edited and renamed, I can start writing. One of the best things about Oshkosh is you never know until you get there what planes are going to show up. This particular plane is a great example of just that. This is the de Havilland DHC-4 Caribou, a Canadian/American military transport ship which later found a role in civilian cargo hauling. It first saw flight in 1958 with only 307 being built, 173 ordered for the United States. As of today only a few remain. 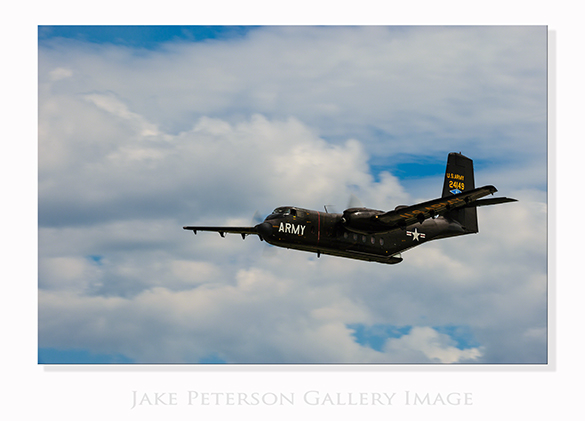