The one element of flying that I have still yet to wrap my head around is the appeal of wing walking. Human beings by nature are not meant to fly, so the fact that we make machines that allow us to defy gravity is in itself against nature. So why wing walking? I couldn’t say. It’s fun to watch though. The unbelievable skill of Team Soucy as they fly by doing one dangerous stunt after another, is evident. 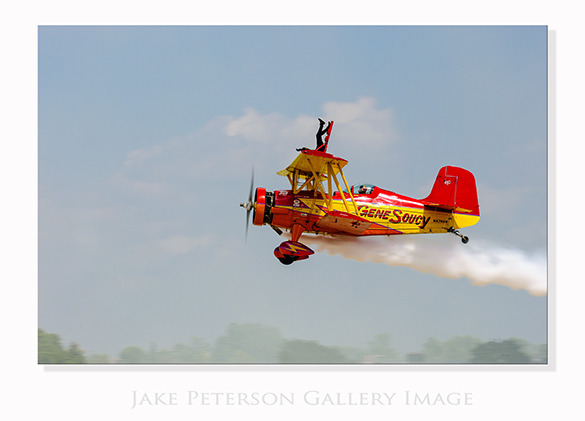