Although it might look like a Harpoon, Ventura, or Lodestar it certainly is not. Howard Aero Inc. started producing executive aircraft based off of military designs back in the 50’s and 60’s one of which is this aircraft, the Howard 500. Although the fuselage is a different design the outer wing panels were taken off of surplus Venturas as well as the undercarriage from Harpoons. Howard bought wings jigs from Lockheed which were modified to accommodate the Pratte & Whittney R-2800 and engine hubs were taken from F4U Corsairs. The plane could seat 10-14 passengers but due to it’s time development and cost it never made it’s away into the executive market. 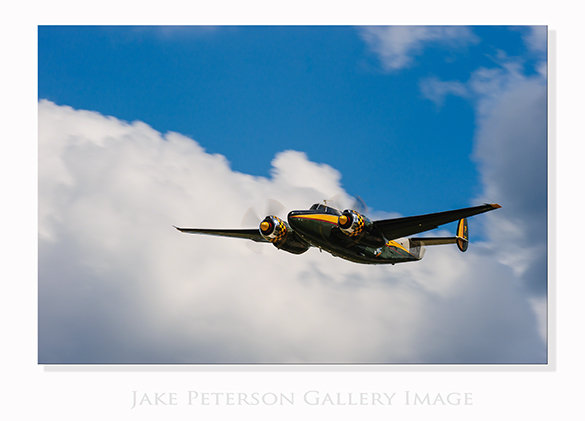 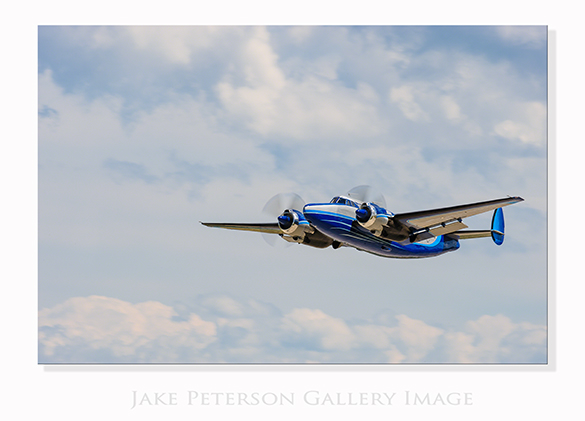 You could say that this plane is very much a mismatch of parts from different planes. Of the original 17 examples of this aircaft only 2 remain flying. Both are absolutely beautiful aircraft that flew over Oshkosh this year. Having seen this aircraft once before I was dying for another chance to photograph it. They are just too darn good looking to not draw attention.